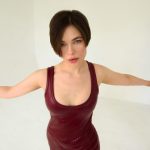 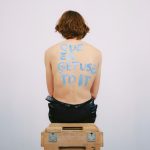 Fragrances Men Portrait Things to do

In conversation with Jake Gyllenhaal

We had a plasure speaking with the talented actor Jake Gyllenhaal about his new collaboration with Prada "Luna Rossa" and his new other projects.

You’re the face of Prada’s new fragrance “Luna Rossa”, which has the concept of humanity augmented by technology behind it. It is all about pushing beyond our limits, imagining beyond possibility and opening new horizons. What does this project mean to you?

I mean, there are many facets that are really connecting. One was obviously Prada as a brand. What is behind the brand wha tthey’re always pushing is always on the edge of a very risky, wonderful means of expression. I adore, I love the idea that there’s this mix of the technological and also the abstract,the artistic, the creative, the non rational with the rational, and they can't exist without the other. And as a brand, that's what they stand for. So I love that. And when they came to me with the idea, I am a pretty active person and I love being in the nature and I love being active in nature. And so the idea of sailing, which is something I've done for a good deal of my life, I'm no expert at sailing, was a really fun idea. And the boat itself it’s just a work of art and also this sort of extraordinary piece of technological craftsmanship. And it's dangerous and it takes risks itself and it is a thrill to probably sail, so all those things that I really like. And then the idea of Luna Rossa is as connected to the ocean, something that I care about also very deeply. Respecting Mother Nature and its power and harnessing its power, but also having your deep respect for it is something which I think is essential.

And then add Johan to the whole process, knowing that he's already an incredible story teller, but also it’s his behavior in the world of fragrances and in a world of telling stories in a short period of time. You have to have scope, but also your behaviornot to feel cheesy. You want to feel realand human. And he has that and he won’t ever let something feel not honest. That’s why I’m really excited to work with Prada and Luna Rossa.

In both, your professional and personal life, you are eager to push beyond your limits. What is the one limit you pushed beyond, that really stands out to you the most?

I’m constantly trying to understand the different facets of storytelling, you know, and I have been a performer for a lot of my life and there are many different things that I've taken and perform into, learning about the world through different characters. Finding more in telling stories and being a  part of really telling. Producing, writing and personally directing stories, that's where I would like to be pushing.

We’ve been in this new reality for over a year now. What do you think humanity will have to push beyond to overcome this difficult time in our lives that we’re living in today?

Sooner or later, I think we're really going to have to come to terms with the fact that we were all connected, you know. We are our own individuals, but we are all connected and part of the whole community. And I do think it's our responsibility to acknowledge that. I think that this period of time is forcing us to acknowledge that. And as sooner we all do that, I think the better our world will be and that's at least what I can see from this time.

Prada’s “Luna Rossa” represents new horizons opened by the modern adventurer. Are you an adventure lover? What are the most adventurous things you have done?

Yeah, I do. I love adventure. I love scuba diving and I love going to a place where I know I’m afraid in terms of a certain physical adventure. There are many of them. But I think the ultimate adventure is being with oneself and trying to learn about the things that are going on inside ourselves. We have maps of the world. You know, we're mapping the universe and we do, I think, on a medical level have mapped the body. But I think the mind is something that is the real adventure. And I think really learning to learn about ourselves and mapping that thing is the ultimate adventure. And that's something I like to do, explore the internal world.

Have you ever experienced the America’s Cup, by either participating or just spectating? What is your view on sailing?

Well, I love sailing. I sail since I was a little kid, but my uncle who passed away two years ago, was an avid sailor. We went sailing a lot together and it was something that brought him great joy. I'm always reminded of him when I sail. But I have not been to the America's Cup. And I hope that this interview can somehow elicit an invitation and that I could be there, because that was also one of the desires that I would be able to maybe go do that.

In your opinion, what are the greatest technologies and innovations of all time?

I think I'm going to go with the printing press. And I'm not trying to appeal to you, you know, but I'm just saying as a journalist. I think mass expression, the idea of the ability to do that is pretty incredible.

I think in my opinion, given that that's what I do for a living, for sure. Print is something that I believe will stay forever. And I really do hope so. And I believe in that as well. Not only hope for that, but on the other hand, digitalization of everything has made things more digital and social, of course. But let's be honest. Print is always going to stay and people are always going to value the quality of print or books or magazines, newspapers. You know, let's just hope that actually sticks for the long term being from now where we are today.

I see these things too. Storytelling has progressed over many years, but the theater still stays intact because the tactile nature of expression, the live nature of it. You know, flipping over, open a magazine or a newspaper, though, there are new advents and maybe they have reached more and more people. There's still, I think more now than ever, the ability to actually touch, see and feel and go somewhere to pick it up, I think people are yearning for that.

The saying goes that “the sky is the limit”. What would you like to achieve next in your life and in your career?

Hard question to answer, because I spent a lot of time and I’m grateful for my work and all the opportunities that I've had because of it. But sometimes it takes me from my life. And this past year, it has forced me back into my life in a way that I am so grateful for. And to see those things, I really see time passed in a way that I wasn't able to see it in years past. And I think the next real adventure for me is the adventure to really deepening my relationships more with my family and my friends and deepening my life as a result. And my work will be there, I hope, and it will always be there as a means for expression and a way of a sort of therapy. But I think now more and more of a balance between the two and that is what I hope to achieve in the next period of time.

I think being in Europe, you probably understand that more. I think there is definitely more understanding of time off and engaging in that time as a means of building energy for your work, you know. But here, I feel sometimes it's like working and working and working. We don't understand it as much. So I think it's really great, this time in a certain way, even though the last year and a half has been as hard as it has.

Now, we want to talk to you about the fragrance itself a bit more. Can you describe the scent of the perfume to us with your own words? What are some of the highlights and some main ingredients that you recognize and that stand out to you?

Well I think the most important part of it that's really interesting, I’ve been told about the Iris root, which is a very fancy thing in a fragrance and it must be why I'm so drawn to it. To me, it reminds of refreshing and it feels warm, but at the same time it feels refreshing. And when I think about it, I also like the design of the bottle. There’s something very cool about it, like the idea of two sides in one. You know, there's a side of adventure and the side about the artistic and the technological. The smell is just refreshing and adventurous.

What makes you happy in life and what are you working on at the moment? And are there any exciting projects that you can speak to us about for the coming season or year?

I have two films, both that I made during this time. One is so-called  „The Guilty“, which Antoine Fuqua directed and that my company produced. And it's really a very special project in my heart. And I've been about it for many years now and it speaks to a lot. It's really like very private, I would say you really should see that movie. And then I did a film with Michael Bay, a really fun action movie. So that's just gonna be great fun entertainment. It was great fun to make. And there are many different things. I guess for all of us, there was sort of a backlog of things and then figuring out what gets made. But there are things on the horizon. Many, many things with my company in particular, which I'm very proud of. This year and a half has given me the opportunity to really focus very deeply on my company. In the theater we produced two shows this year that were really wonderful and successful. And so, you know, a lot of different things coming up that I'm very excited about.