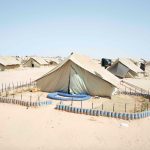 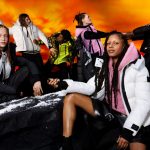 Fashion Music On the Playlist

In conversation with Izzy Camina

We had a delight speaking with Izzy Camina about her music and latest collaboration with CELINE.

You’re quite new on the scene, can you introduce yourself?

My name is Izzy Camina and I’m a half American, half English songwriter and music producer.

You stated once that you find it hard to define your music – but if you must try, how would you describe it?

What I’ve released so far under “Izzy Camina” ranges from lo-fi indie bedroom all the way to techno, as heard in UP N DOWN. Before the EP however, I’d been writing and producing as a hobby under the name “ISADORA”. I guess I’d classify those tracks as darker “electro pop”.

How did you collaboration with Hedi Slimane start?

Someone close to him found the song on Spotify and sent it his way.

How does it feel that your soundtrack is used by one of the biggest names in fashion?

For a long time, nobody gave a shit. I would beat myself up, constantly trying to alter my sound so that I could garner some industry support. I could never get it quite right, the music was either too lame for the tastemaker, hip indie labels, or too “weird” for the majors. For Hedi to recognize a track that was never a self-sacrifice for the sake of business, but a creation from my heart was incredibly gratifying and eye-opening. It answers all of my questions moving forth.

What was your inspiration for Up N Down?

Life, apathy, frustration. The world is really fucked up and confusing, we try to navigate everything through the dichotomy of up and down, good and evil, masculine and feminine, shadow and light – our futile attempt at compartmentalizing the chaos of human existence.

You write, produce, and release your music independently, how does it feel to do it all by yourself?

It kind of sucks. I have tinnitus and so much of good production is good mixing, having to expose myself to ugly frequencies for hours on end and then suffer the consequences. I’d also release a lot more music if I had more collaborators. When it’s just me, I get stuck in my head. I can’t be objective. I’ll make something that’s 98% there, really cool, and then close my laptop and not visit it again for months.

How important is fashion to you?

It’s familiar to me, a certain kind of fashion at least. Some of my childhood memories include the Mosquitohead workshop (the t shirt company my dad co-founded), Trash and Vaudeville on St. Marks, being babysat by an assortment of punks and eccentrics, my dad’s sharkskin suits and rockabilly pompadour, Divine imagery around the house, and my parents making their own chrome clothing for Burning Man (back when it was cool).

What more can we expect for you this year?

I am going to release some badass music.

Do you have any plans for doing a tour?

Yes, in 2022. I just want to make sure I have everything finished on the music front. Like I said, it can be a consuming process.

You were just getting started and then the pandemic hit. You still brought out 3 new tracks. Did you get any new inspiration during this time?

Of course. It’s been terrible for everyone. I’ll probably change my opinion on this one day, but I truly believe the best art is made in the throes of adversity.

THE BOTANICAL REVOLUTION FROM 11TH OF SEPTEMBER IN CENTRAAL MUSEUM UTRECHT