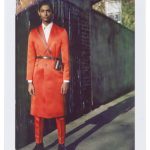 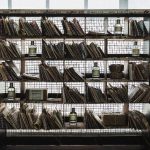 Design Music On the Playlist Video

In conversation with GLIA

"GLIA is a creative and very talented female music producer, dj and many other things. She used to be my roommate back in Ljubljana when we were students. So I am very happy interviewing her now, with the release of her  two new tracks." – Timotej Letonja

Who are you and what is your profession?

I am an audio content creator, music producer, sound designer, dj, educator and an artist. I have been working in the music industry for the last seven years. I got indulged into the field through the love for music and got familiar with sound and audio creation, which made me even more immersed into the field that I adore. I am heavily into product design and hardware design but also into sound design through synthesis. What I am primarily focused on at the moment is the production of my own music, which is contemporary and electronic, however I have collaborated as well with other artists and singers in non-electronic genres, especially with mixing and recording.

Growing up in the late 90s she was influenced by the new electronic spirit in Europe. She has performed with some of the key persons in today’s techno music as well as played in various European clubs and festivals. The most significant ones were opening a dark techno set for Coyu, playing alongside Claptone, Fernanda Martins, Reiner Zonneveld, Clara Cuvé, Uto Karem, Insolate, Umek as well as playing her set on Ibiza Sonica Radio, Spain. After 2017 she accomplished a break-through into Berlin techno scene and played in a popular clubbing destination Urban Spree at Warschauer Straße as wellas in Loftus Hall and in of the most popular Berlin clubs Griessmuehle. Influenced by multicultural environment her dark evolving musical style is always changing by her.

Impressions of her surrounding. For her it is about the freedom of complete self-expression and experiencing music on all levels possible. Her main focus has always been music production and not long ago she singed her newest record deal with Suara. Suara is one of techno’s biggest record label established by Coyu. They are based in Spain and have had releases from artists like Moby, DJ Rush, Jay Clarke, Charlotte de Witte, Green Velvet, Slam, Oxia, Anna and more.

Glia singed her two tracks to the label in June with the release date on the 7th of September. The release consists VVAAA (Various Artist) release compilation that is solely female based.

You have recently signed your first two tracks with Suara label, can you tell us more about that? How did the story start, and when are you releasing the tracks? Tell us about your new tracks, what are they about and what inspired you create them?

After seven years of intense learning about sound design, music, arrangements and mixing, playing around Europe and connecting with people the hard work finally started to pay off.  I created a few songs, which I sent to Suara's demo pool and got a message back that they are interested in singing two of the tracks to the new VVAA Power compilation, which came out yesterday on the 7th of September!

The two tracks that are in compilation were synthesized almost solely with analog synthesizers and other acoustic components. The track 2x Gola has a Slovenian lyrics, which I believe is quite different than what we are used to in techno so far. I wanted to create something in my mother tongue to try to play with the melodies of our language rather than making it is English. The lyrics are written in the poetry form Pantoum, which is an Indonesian verse form. The second track Laws of Physics and Karma is much more melodic and has a driving arpeggiator throughout the entire track supported by layers and layers of synths and driven by a hard kick drum.

When I got the message back from the label owner Coyu, I was so thrilled and happy. Getting singed to Suara has been a dream for the last seven years! Before that I have released music on smaller labels, with some of which I still collaborate one of them worth mentioning is Deepnd Records.

You can listen to the songs bellow:

GLIA – Laws of Physics and Karma

GLIA – Laws of Physics and Karma

How do you think Covid-19 will affect the music industry both long-term and short-term?  How do you see the impact of Corona crisis on the general perception of music?

What we all really miss is live performances. Unfortunately the music business has not been the kindest in the sense of being able to get monetary comfort through only your own productions, therefore many artists depend on live performances, which are almost non existent at the moment. Besides the artists you have event organizers, club owners, promoters, audio engineers, technicians, all the staff that are heavily depended on events and it is an alarming number of how many are feeling the consequences of COVID-19 crisis. Even those who will have enough security to somewhat survive the situation, may not be able to further operate after COVID-19 crisis, therefore the governments will have to offer additional aid for the event/music/culture businesses just like they have aid for tourism and other sectors of economy. I believe there are two scenarios of how this shall end. The optimistic one and the pessimistic one, however neither of those will exist in the world before corona crisis and the music scene will change forever. Still I believe creativity manages to find its way from our unexplained minds back to the external world. Human creativity is eternal and humans will always find new ways to socialize and express themselves, even when obstacles are on the horizon.

The biggest difference nowadays is that there are almost no gigs, which I something that I really miss and something that we will have to wait until it comes back. I have been really productive in these times as I don't have many gigs. I make music every day for a few hours and then I take breaks in between, when I run out of my creativity and gain energy from the external world I go back and produce some more. I believe that I have befriended many more local artists in these times, which makes me feel more connected and not alone. Still I believe I am far more creative than before, I do not travel as much as I used to and there are no parties so less distractions and more energy to be channeled in a creative way!

How is it like performing during this times, because you performed in Barcelona, Berlin, Zrće and other venues around Europe?

I was doing some live streams and online festivals during quarantine, however performing in front of a crowd is nothing compared to performing in front of a camera! The energy you get on the stage from people is indescribable and you can't really compare it to anything else! You are surrounded by so much love, smiles and energy! I believe a lot of artists suffer from lacking this energy they are used to having around them weakly. It is kind of like a drug from which you have to abstain from – and it hurts when you don't get it. Not only because so many aritsts financially depend from it but also because you are just used to such large amounts of adrenaline, dopamine, endorphins, which you now don't get.  A few weeks back I finally had my first gig after March and it was amazing! There were people dancing next to me on the stage and the energy and connection we had was powerful!

Tell us something about yourself that isn't on your resume.

I am lactose intolerant 🙂

What is the coolest new thing you have learnt since being quarantined and how did you learn it?

Patience. I think I was always just rushing around wanting to have everything as soon as possible. I had a plan of how this year I will finally be able to play outside of Europe in Buenos Aires and in Japan but of course that did not come to place. Things will eventually happen if we work for them in one way or another.

What is your favorite painting and has it inspired you for any of your work thus far?

I think there are two paintings that I could call ''my favorite''. The first one I'd like to mention is from Wassily Kandinsky  – Compostition VII and I ''met'' this painting when I was travelling in Moscow last year. I love the colors, I love the ''chaos'' of abstract art, I love the expression of pure imagination hidden behind ''geometrical'' forms. Similarly The Black Square from Malevich represents how our imagination is the art itself. I love how with modern art our perception of what we see changes based on our internal world. It is just a black square but it is also everything we think about what it represents to each individual that is looking at it!

What do you have planned next?

Alexander McQueen details of the Fall & Winter collection for men