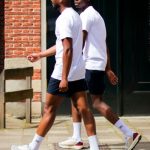 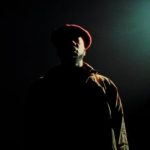 Music On the Playlist Portrait Video

In conversation with Folamour

We had a great time speaking with musician Folamour.

What can we expect from your upcoming album?

You can expect a piece of my life with what might be my most diverse project yet. I tried to tell a story while sharing memories and moments I experienced and it took many genres to succeed!

What process did you undergo to create the new tracks? Did the lockdown and the whole situation in 2020 inspire you?

I started an evolution in the way I’m creating my music since my first album and this one surely was completely different from my first two albums. On this one, I decided to go deeper in writing songs and lyrics, also pushing more and more on the instruments I’m using in the process. On this album, I used strings, trumpet, guitar, live drums and many other instruments on most songs which was a challenge but I consider it a success!

The lockdown surely helped the album to become what it is now. At the start of the first French lockdown I thought the album was 90% finished but it largely changed with the coming months. It made me able to add 3 songs on which I’m singing myself.

The first single ‘Just Want Happiness’ also came with a stunning music video, where did you get the inspiration from to create these visuals?

Each song being a specific story part of the whole tale, I have clear visuals in my mind of what the music represents, making it easier for me to create everything surrounding it visually. On ‘Just Want Happiness’, I wanted to tell that story of how we can get exhausted by big cities life, overcrowded places, noises, loneliness, emotionally drained, and how losing happiness and your purpose can lead to an adventure bringing you to the next chapter of your life. This is the story we created for the music video, also we thought that the fire would be a great way to represent that weight many of us are carrying nowadays.

How was it to do all the stunts yourself? What did it feel like?

It felt great ! I always try to stay true to what I do and using FXs was not an option, I would have prefered to tell the story another way than faking the fire. In my mind, the shooting of the music video was, in a very « meta » way, exactly the story we wanted to tell because of the same way the character was trying to find a new breath to survive his pain, trying to go to the end of his trip, hoping for an answer. I was also trying to go through the shooting, to do what I had to do until the very last scene to express my ideas as I created them.

Your latest single ‘The Journey’ features Zeke Manyika and was written in Shona, one of the 16 official languages of Zimbabwe where Zeke is from. When you produced the track, did you already have an idea of the voice and language you wanted on it?

Of course, yes. When I produced the instrumental I already had a clear view on what I wanted and as soon as I heard Zeke’s voice, it was obvious to me that it was meant to be him! When we started working on the lyrics, I already had most of the story I wanted to tell and it was great to work with him to find the right way to do it.

Your upcoming album ‘The Journey’ will also feature SG Lewis and Tertia May, how was it to collaborate with these artists?

I love SG and Tertia, it’s such a pleasure to have them on the album. Both collaborations were pretty spontaneous, just listening to the instrumental I made, together in a studio, and then talking for hours about the theme and the angle we wanted to go with. Then just getting taken by the flow. I can’t wait for people to hear these two songs.

What else can we expect from you this year?

It will depend on how the situation evolves but I worked on a special show that I would love to present this year if it’s allowed, and safe for my people. Besides that, I’ll share more music videos introducing songs from the album, more music and surprises that I’ll be keeping secret a bit longer.

Where would you like to play your first show once we’re all allowed to party again?

I would love for it to happen in London or Paris. I have a special connection with these two cities and I can feel it would be something special. But honestly, at this point, I know it will be absolutely unforgettable anywhere on this planet after all this time away from each other!

In conversation with Pim Dresen

Robbert Doelwijt Jr. directs short documentaries about the creative community in the Bijlmer