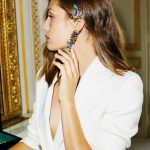 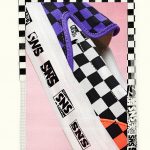 Men Music On the Playlist Things to do

In conversation with Ferry Corsten

Hailing from Rotterdam, Ferry Corsten’s illustrious career is exemplified by a passion for music that began as a hobby and spiralled into a full-blown profession, as he continues to push the boundaries of trance music, rising 15 places to #59 in last year’s DJ Mag Top 100 poll. While synonymous with dance music and songs primed for the dancefloor, Ferry has always harboured a love for the more stripped back forms of sound, be it cinematic, orchestral or ambient, highlighted by him completing his first film score for David Gleeson’s 2018 thriller ‘Don’t Go’, which was released as a soundtrack early last year. Ferry continues to explore the more ambient side of his creativity with a new album under his FERR alias, ‘As Above So Below’, which was released last Friday, and sees Ferry reveal some of his most personal work to date, coming at a perfect time when people around the world are looking for ways to keep their cool.

Alongside hit global exploits as a DJ, chart scaling achievements in the studio, Ferry continues to have a day-to-day involvement in his Flashover Recording simprint, who recently announced they will be partnering with Armada Music for future releases. Launched back in 2005, Ferry’s label enables him to scour the world for fresh talent and release music by cutting-edge producers, giving them a voice on the world stage, alongside hosting his own label parties everywhere from Amsterdam Dance Event to Miami Music Week.

We had the opportunity to speak with Ferry about his change in direction, the inspiration behind the album, and the current situation the world is facing.

Could you tell us more about your new ‘As Above So Below’ album that is released this week? It’s a far cry from your previous output, what was the reasoning behind this change in direction?

I’ve always had a big passion for this type of music. I love to listen to it myself when I want to disconnect from the usual music productions. Sometimes, I find myself having an hour here and there that I can use to just create other music than the usual thing. I noticed at some point that I had accumulated a lot of tracks that I had been making over time and thought of sharing this with the rest of the world.

What did you want to achieve with this new album? Was there a creative vision that you wanted to realise or was it a completely blank canvas?

It was a completely blank canvas. I specifically told myself not to switch back into auto pilot…meaning the formulated, structure way of producing that I do for a lot of my dance stuff. This album was completely free reign and literally going with the flow.

After so many years in the industry, what keeps you motivated?

I think I’ve managed to remain for so many years in this industry because I really love what I do. I am one of the very lucky people in this world to have been able to make my hobby into a fully-fledged career. I’m also very lucky that people enjoy what I produce and play. Without them I would not be able to do what I do. Although it is a dream job, every job has its difficulties and this job is no different than others. You are constantly on the go, always working. You don’t have as much family time as you wish. But knowing as well that there are people that want to hear your music and watch you play definitely keeps me (and my family) motivated.

What is the most exciting part of releasing this new album to the world?

The most exciting part is that it is what people never expected from me and seeing their reactions to it.

What is the message you are trying to send with this new album, which feels especially important with the difficult times we are going through at the moment?

Yeah, the timing seems impeccable but of course the release date was planned months before. I could never have foreseen a world that we are in today. The whole motivation behind this album and this music is to tell people that it’s ok to slow down every once in a while. To sit back, relax, zone out, and recharge.

What were your inspirations for the album? Can you name a couple of recommendations for people new to this sound who may want to explore a bit deeper?

A good reference is the music you can find in my stillpoint by Ferry Corsten playlist. This playlist features artists that are in this same realm of music, notably Olafur Arnulds, Nils Frahm, Jon Hopkins, to name a few.

How do you find new sources of inspiration and musical discovery to keep your music fresh?

Keeping your music fresh starts with a big imagination. The sky is the limit. I like to listen to different genres that are somewhat close to my original style of music and look for elements that I can bring in to my own genre.

What is next for you after the new album release?

I’m currently working on my new Ferry Corsten album. At the minute I’m using the time that I have being locked up during these hard times as an opportunity to work on this!