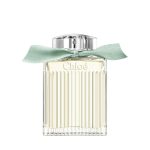 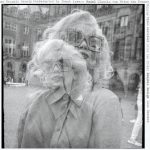 In conversation with Fedde Le Grand

We had a big pleasure speaking and working with one of the best Dutch DJ's and artists Fedde Le Grand.

Thanks for taking the time to chat with us today. First of all, for those of our readers who aren’t yet familiar with you, could you introduce yourself?

My name is Fedde le grand 43 year old music producer and DJ. Born and raised in Holland and now a world citizen. Marshal artist and vegan foodie. And creative entrepreneur.

You’ve been in the electronic dance music scene for almost two decades, how did your journey in this industry start?

I was Always’s interested in music and dancing. I started out with a mobile disco then later I organized events and played at the events. After a while I learned how to produce songs and finally one of my tracks was picked up and before I know I played all over the world.

One of your biggest hits is “Put Your Hands Up For Detroit”, what inspired you to make this song?

But seriously. I wanted to make funky house music but couldn’t find the samples I've needed. So I started playing funky riffs with synthesizer sounds.

When I started to make Detroit I was heavily inspired by The Parlement and their track Flashlight. I wanted to make something similar and just did it in the best way I knew how and in a housey way. And that’s how I made PYHUFD little did I know I expediently made something that many people liked and it blew up.

What kind of impact do you think “Put Your Hands Up For Detroit” had on the electronic dance music scene?

I think the timing couldn’t have been better. I think Benny Benassi, Eric Prydz, Mason and me really put dance music back on the map. I was fortunate enough to follow up with "The Creeps" and "Let Me Think About It”. To really seal the deal and show the world that dance music is more than just something that is enjoyed in a dark and damp club.

What would you say is the most rewarding part of being a producer & DJ?

Playing all over the world and make people happy and take a musical journey all together and just for a few hours leave all your worries behind and just all be in the same moment. Magical!

Have you always championed the Big Room sound or has your style developed through the years?

To be honest I’ve always been a more underground house/techhouse DJ. But after those tracks (and remember when they just came out, they where still underground or indie) everything changed. Unfortunately when you cross over you are not able to go back. So I embraced my new path and bring my house flow and preference to a bigger sound. And in the end that’s what make me me. I’ll probably never truly belong anywhere. Which is fine by me. That way you have the most freedom.

What makes your sound so unique and successful?

Like I said before it’s a mixture of styles and experience that I bring to the table. I can do a full on main stage set of an hour. Or a six hour club set that really goes from A to Z. Of course the basic is house with a lot of different elements.

Your new single “Losing Control” just dropped, how did you come up with the collaboration with Melo.Kids?

They are artist signed on my label. And I try to stay in touch with all my artists. They where working on "Losing Control" and where asking if I wanted to join them on the track. So they send everything they had over and I went to work getting the track to where we where both happy and excited about it. And the rest is history as they say.

No not really. But I think people always expect you to play some of your own repertoire. So I always choose a few tracks depending on the event and country.

Do you have any shows to look forward to? What have you missed most about performing live?

Amsterdam Dance Event is coming to us at 13 October, are you going to perform there?

Yes absolutely. It’s an event I won’t miss for anything. It’s not sure exactly what is and isn’t allowed. But we have several things lined up. So whatever goes….. we’re ready for it.  I’ve planned my own event in Escape on the Friday, like every year. So I hope we will dance again in October.

What is your connection with ADE in the previous years and what does it mean to you?

I used to come there already when it was just a tiny event and I just started out. And have been coming there ever since. And I’ve seen it grow and get more traction. So ADE runs deep. It’s the only week I see so many international colleagues and.industry people in The Netherlands and everybody is willing to work with each other. I really enjoy that week.

You’re also well known for your remixes of the great songs of big artists such as Lady Gaga, Coldplay, Shakira, Rihanna and more, what is the biggest challenge about remixing a song?

You don’t necessarily have absolute freedom. But I think the key is to respect the original song as much as possible. And still mold it into a dance version in your own style.

What advice would you give to producers or DJs who are just starting their musical career?

Most important is don’t give up. It’s like an actor having to do many many auditions before he lands a role.  And learn what your good at. But most important what your not good at. Because that’s a part where you can improve yourself.  “Be a realist that’s not afraid to dream”.

Are there any updates regarding your label Dark Light Recordings? What are some of the most exciting things and news connected to your label?

The main update of the label is that we changed the distribution channel, and we’ve seen that it has been a good move. It also made us gain more visibility , which it’s absolutely great. I’m sure that all the artists who are signed will benefit from this.