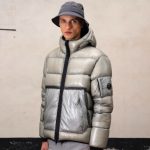 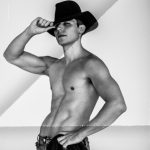 In conversation with ELDERBROOK

One-to-watch global talent ELDEBROOK releases his exemplary debut album ‘WHY DO WE SHAKE IN THE COLD?’ today, alongside a 14 date UK + EU March 2021 tour which includes a stop at London’s Electric Ballroom. Expect an exemplary debut record that intricately explores themes of identity, emotion and the importance of human connection, presenting ELDERBROOK as a unique artist in the crossover electronic space making emotive, uplifting music with a sensitive storytelling element attached to it.

Collaborations with Camelphat, Diplo, Black Coffee, Rudimental and Martin Garrix have earnt him a revered reputation across the board as a live act, multi-instrumentalist, producer and singer/songwriter; which include the stand-out single and RUDIMENTAL collaboration ‘SOMETHING ABOUT YOU’, amassing 50M combined streams and 18M video views. Other notable album moments include the reflective ‘NUMB’ and emotive title track ‘WHY DO WE SHAKE IN THE COLD?’

We had a delight speaking with him about his new album.

Who are you and what is your profession?

How do you think Covid-19 will affect the music industry both long-term and short-term? How do you see the impact of Corona crisis on the general perception of music?

Well obviously in the short term it’s meant that there are no shows. Live music is such a big part of the industry and I’ve really been missing it. A lot of people’s livelihoods have been put on the line on that side so I hope it gets better soon. I think the crisis has changed perception of the actual making of music more than anything else. I’ve written so much music with a lot of people completely online. “My House” and the song I have with Martin Garrix were online collaborations because of Covid-19 and I think it’s opened the door for a lot more online way of working going forward

How did you spend your Quarantine time and were you still able to create while being quarantined?

Definitely! I was meant to be touring all over the world but because I was confined to my house it was the perfect opportunity to finish my album and then write new music. I have a studio in a little cabin at the bottom of my garden and I spent most of my time there writing music.

Tell us something about yourself that is not on your resume.

I love badminton and I think I’m great at it although I don’t get to play as often as I would like!

We love your single “NUMB”, can you tell us more about it. What inspired you to make this tune?

I was on tour and missing being at home with my family and fiancé which inspired the lyric ‘reaching in the dark with nothing their to touch’. The song is all about that sense of being alone in a crowded and busy place and just wanting someone else there with you.

All of the songs on the album explore the theme of human interaction and how we relate to one another. It’s about people needing other people.

What is your story and how does it reflect in your work? What does music mean to you and what made you start making music in the first place?

I first started making music when I was about 15. I loved indie music like Kings of Leon and Arctic Monkeys and had a band with some friends from school. I think that reflects in my music now because, although I now make electronic music, the songs are structured like the music I used to make. Proper verse chorus structure and indie lyrics.

Tell us more about your today  newly released album. What is your new album’s main narrative?

I called it Why Do We Shake in The Cold because it reflects the whole theme of the album of people needing other people. The lyric itself is a metaphor that people shake to show others that they need them rather than just because they are cold.

What do you have in store for us next? Working on anything exciting to come?

I have exciting collaborations in the works! Stuff I’ve been writing with people during lockdown. Other than that I’ll be getting my album out there as much as I can and then hopefully start touring in March!

New single ‘Back To My Bed’ has a brilliant video that dropped today, check it out here: https://elderbrook.lnk.to/BackToMyBed