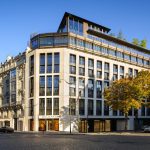 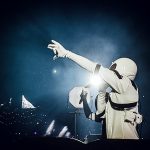 A conversation with Edvin Ryding and Omar Rudberg about day-to-day life, being Young Royals and having a farm on the countryside.

Who are Edvin Ryding and Omar Rudberg and what does your usual day look like?

Omar: I'm a nice and fun guy and also really calm and lazy.  At the same time, I'm really passionate and willing to do a lot when it comes to the things I love to do. It is important to me to focus on topics I care about, otherwise I lose attention. Friends are very important to me. I like to spend my free time with them.  On a regular day, I would chill at a friend’s house play video games like Nintendo.  I like to take it easy, that is why I haven’t been to a club in a really long time.

Edvin: Actually when I listen to Omar’s description of himself, I don't think we're too different. I also like to chill out, relax, and be with friends. Whenever I'm with friends or generally in a social situation I'm very extroverted and that's a relief because I like to surround myself with a lot of people.  Acting is what I love most and I'm so grateful that I’ve been having the opportunity to pursue this passion for 13 years now.  Acting helps me with being able to express everything through different personas.

What is your aspiration in life and where do you get your inspiration?

E: I’d say that I aspire to create as many different artworks as possible. My inspiration comes from day-to-day life. I am very inspired by my friends and my family and, of course, the people I look up to in my work-life. I try to find inspiration from as many sources as possible.

O: When I think about what my aspiration in life is, I just think about Beyonce and the answer she’s giving. She says that she aspires to be happy. I cannot think about anything else. I mean, it's just right. We wouldn't be able to do things if we weren’t, happy. I see my job as something fun instead of work. If you just see everything from a fun perspective, and you're happy and healthy and you feel good, then you'll be able to do your job forever.  My inspiration is my day-to-day life and the dreams that I've had since a young age. That's what keeps me going. I just see this goal in front of me, and I put all my energy into achieving it.

When and how did you have your debut as an actor?

E: I was five when I got my first part, which was actually a coincidence.  There's a very well-known and experienced casting director in Sweden, who's been working since the 90s.  At the time she was casting for a thriller series on Swedish television and simultaneously buying a bed online from friends of my family.  On her way there someone called telling her what kind of actors she’d have to cast. When she arrived, she had to explain why she was late and asked them if they happen to know a five-year-old with brown eyes. Our friends told her that they don’t know what my eye color was but that I am five, and the kind of the kid that puts on shows and dresses up whenever we have guests over for dinner. So I guess they saw some theatrical talent in me. They gave the casting director my mom's number. Shortly after that, I auditioned and then I got the part.

O: I started acting at the beginning of 2020. I have a friend who got a role back then for a series. Back then she called me, which was a week after we met for the first time. She told me that they were looking for a guy like me who can sing, is Spanish, and is around 21 years old. I decided to audition even though I’ve never done this before since I've had this dream since I was a kid. My main focus was music and singing but whenever I watched movies and series, I was amazed. I really wanted to be a part of that.  I ended up not getting the role. Sometime later I joined the casting w for "Young Royals" and then that's how it all started. It's my debut. So I'm new to the game.

Did you always want to become an actor? And if not, what was your initial dream job?

O: I've always loved dancing but I knew that one day I’d be singing and dancing anyway so it was never just my dream to make songs and be on stages. I did have the dream to be an actor as well. If I had to name another career I wanted to pursue as a kid it would be the job of a Farmer. I wanted to have all the animals you can think of. A farm in the middle of nowhere watching the sunrise and starting your day bright and early to feed the animals would be great.

E: I never had a different dream than becoming an actor. It was more about finding different things that brought me joy to have a backup plan if I wouldn't have succeeded in actually becoming an actor. Honestly, that could’ve been anything from being an architect, a cook, or a police officer. Because I started at such a young age with acting I quickly realized that I had so much fun doing it, that I knew I was going to do it forever though.

Netflix’s Young Royals became very popular quickly after the release. How was it for you to play Wilhelm and Simon and in what way can you identify yourself with the characters and could you ever imagine being a young royal?

E: Omar and I talked about this before. There are certain things why we can relate to these characters. I can see myself in Wilhelms when it comes to his struggles with anxiety. I have done my research about the royal families but there's so much more behind it that we, as civilians, don't get to know. So we'll never know exactly what it's like. From what I've read and what I've seen, I know I don't think I would want to be a young royal. Do you agree, Omar?

O: I agree. It would be fun to try it out for a day or a week, but not forever. Edvin really tried to be a prince on set sometimes though.  I can relate a lot to Simon. Whenever he's at school, with friends, but also when he comes home to his Latin American mother and they speak Spanish. They have this same little connection. Life at school is not the easiest thing for him and that way I see myself in Simon. I cannot relate to his grades though.

What impact did the breakthrough of the show have on your personal life?

E: I take pictures with people on the street and there are so many new messages filled with love every day which is incredible and surreal sometimes. After sharing pictures of my dog on Twitter I started receiving gifts like stuffed animals and goodies for him.

O: I agree. Here in Sweden, it’s been even more intense lately. Now that it’s almost winter and it gets cold, indoor spaces get more crowded. So if you go on the subway it's a lot more people in the same spot. It’s so nice to see that there are so many fans of the show.  Until now it’s not too crazy, meaning that we manage to get around without trouble.

E: I actually had a police officer tell me last night that she had seen young royals and she thought you and me were great, Omar. That was quite an experience.

O: That's crazy. My friends and I were pulled over the other week when we were in the car by police officers. They just wanted to see our IDs.

You recently went on a trip to Berlin for the Cartier Clash [Un]limited exhibition. Was it your first time in Berlin? How was your experience in general?

E: The whole trip was incredible and we were so well taken care of.  It was super nice meeting new people and different artists from all around the world. It was also overwhelming at one point when Omar and I had a moment of realization at the exhibition. I asked him if he could’ve ever imagined after shooting a series in Sweden for three months to be able to have these kinds of opportunities. I mean Yeah I tried on a Cartier ring, which was super pretty, and then Timothée Chalamet wore the same ring at the premiere of his new movie “Dune”.

O: I loved Berlin. We didn't see so much of the city but that's fine. We'll go back.  My parents and I briefly drove through Berlin once when I was a kid so I feel like this was the first time I got to say “Hi” to the city. Even without seeing the city really, I found out that Berlin is rocky and a little rough, which I did not know.

Can you tell us about your future projects?

O: Oh yes! I’m releasing a new single at the end of November so that is something that I am really excited about.

E: We’re also starting to film season two of “Young Royals” in February and they're working day and night right now to prepare and make it all work. I think for both of us there are exciting times ahead.

BULGARI IS OPENING THEIR NEW HOTEL IN PARIS IN DECEMBER