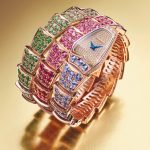 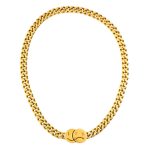 In conversation with DON DIABLO

We had a pleasure chatting and shooting an exclusive editorial in our new issue, with on of the best DJ'S and artists at the moment DON DIABLO.

How are you doing?

I am doing great actually. Considering the circumstances!

How are you experiencing being a DJ in a time where your options are limited?

I feel quite opposite actually, for me it feels like I now have limitless possibilities to explore all my other creative thoughts and ideas now that I am not doing 200+ shows in over 100 countries in one year. Sleeping less than two to three hours a night for a few years straight definitely messes with your mind and body on many different levels. I first decided to work on my mental and physical health. I also really wanted to explore other creative opportunities next to making music like writing a book, creating art and expanding my HEXAGON fashion brand. I also launched a new 80-ies influenced band called "Camp Kubrick" and rebuilt a church into a house from where I did the craziest livestreams in my bedroom, swimming pool and a special set in my toilet which actually made it into the 8 o'clock news (!). Before the pandemic I never really shared anything from my private life and lived quite a secluded life outside of my work, now we recorded an Mtv Cribs special in my house and I am doing a semi shirtless photoshoot for Numero, for me this period of my life is also about exploring things that normally scare me to death, about expanding my horizons. Throughout my life I have taught myself to see limitations as exciting opportunities.

You have probably been working on new music, when can we expect some new beats?

I am quite close to finally finishing off my new album, almost a year after the expected release date. We actually already did the album tour before the pandemic hit, testing out new music in New York, Paris, London, Tokyo and Milan. After the tour it felt like something was missing, I really wanted this album to be more personal than ever. For me it's not just about the beats, it's also about the story. A song has to mean something personal to me, it's my way to share some insight into my head both creatively as well as emotionally. In between my work on the album I did release a few bangers to keep the fans happy, besides making music for a Chinese video game and remixing acts like Dua Lipa and The Killers.

And what is next for the future? It is your main source of inspiration right?

Hahaha. Well, yes…my friends and fans often refer to me as "the future man" because I am very inspired by the concept of time, technology and futuristic art. Throughout my life I have lost a lot of important people who still had a whole life ahead of them. This not only fueled my urge to work as hard as I could to achieve my dreams, it also paved the way to think bigger and stop continuously doubting myself. What do I really have to lose?

You recently launched a sci-fi comic book series 'Hexagon', what was the main inspiration for that?

Initially I wrote the story of the comic book series as a concept for a very ambitious film project. When I met my current publisher in Los Angeles it felt more logical and achievable to start it off as a comic book series. The story is not only an epic sci-fi adventure but also a semi biographical story that revolves around the connection between a son and his dad. If I am being really honest it's also a way to bring back and capture memories of my own father who passed away a few years ago.

Did you have an influence for your career, did you get any help?

Musically I mostly got influenced by rock music while growing up. Unfortunately I grew up in the middle of nowhere so there were no friends around to start a band. Luckily I discovered the concept of making music with my computer at a very young age which then immediately became an obsession. I released my first record when I was fourteen and never looked back. Record labels never paid me proper royalties, radio stations never played my music and promoters never gave me a chance to show my skills so in the end I had to do it all myself. Started my own label, created my own sound and worked eighteen hours a day, seven days a week without the help of a management or agency. Things were pretty grim for many years, I worked non stop while seeing other new dj's and producers on the scene blowing up left and right. In the end I stuck to what I believed in and managed to climb my way to the top one step at a time. It was quite a journey to get where I am today but it also makes me appreciate every single moment I get to experience now even more.

Do you have a favourite track or music project?

It's hard to pick one favourite but I wrote a very special song for my father in LA this year, looking back on the last eight years of my life without him in my life. I also directed the music video for "Thousand Faces" myself, I tried to make it as personal as possible so it features my Mom and some of the places that mean or meant a lot to me personally.

Is there an artist you still want to collaborate with?

I would love to create a song featuring the vocals of Tom Waits, Peter Gabriel and / or Childish Gambino. Creatively I have also always been inspired by George Lucas and the Star Wars universe that's why working together with Disney and LucasFilm on a Star Wars clothing line last year definitely was a collaboration highlight for me outside of my musical adventures.

Can you describe yourself in three words?

What makes you happy the most? Why?

When I hang out with my Mom. It takes me back to when I was a kid and makes me forget about all of my "grown up worries". I visit my Mom every week. She's a gem. I honestly never want to lose the kid inside of me. Children see the world in a different way. Without fear and prejudice.

Do you have any advice for upcoming dj's and producers? These are strange times, so any advice would work.

Make music because you LOVE making music. Play music because you LOVE playing music. I never started doing these things because I wanted to become rich or famous, I started doing these things because it gave me joy. It transported me into a world where I felt in control of my own happiness. Creativity is not a competition. The best things are created out of joy and spontaneity. Work hard and be patient. Life is not a sprint, it's a marathon, if you're lucky that is. Success will then follow as a bonus. Or not. At least you had a great time. At the end of the day we will all die and we will all be forgotten one day so we better enjoy life while it lasts, no reason to take things so seriously or even worse to focus on what others are doing around you. This has absolutely no relation to the happiness you have to create yourself inside your own head

What comes to mind when you heard the word “DREAM”? (as that is the theme of our issue)

Dreams are what gives us drive, a purpose. Dreams allow us to create a better place in our head, a place we can visit at any given time no matter how stormy it is outside. If you have a dream and you can hang on to that dream you are already a winner. In the end it doesn't really matter what happens in "out there" it matters what you feel inside your heart and how every now and then that translates into precious moments of happiness inside your own reality.

You can see the full editorial and interview in our new issue, which you can now purchase on: https://www.boutiquemags.com

In conversation with Joan & Biel, founders of TWOJEYS