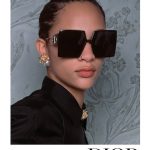 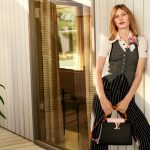 After regaining the #1 spot in the DJ Mag Top 100 poll last year, capping off what was an impressive year that included releasing their huge single ‘Instagram’ alongside David Guetta, Natti Natasha, Daddy Yankee and Afro Bros, which stands out at over 150 million streams, and also collaborated with Paris Hilton on ‘Best Friends Ass’, which featured a music video starring the likes of Kim Kardashian West. Dimitri is also passionate about film, and recently featured in Rambo: Last Blood, while Mike also has aspirations in the urban music world, and has released a number of solo releases over the past year, as well as recently announced a new label, ‘Green Room’, for his solo music and other music in that style. The duo have also previously collaborated with the likes of Wiz Khalifa.

We had a delight to speak with Mike and Dimitri:

How does it feel to be listed at the top of the Top 100 DJ’s poll again?

Dimitri: We’re really happy to have the fans continue to support us like this. We work really hard to keep engaged with them and always try to give them something new and exciting, whether that’s new music, a new aspect to our shows or new projects that we get involved in, so it’s great to see their love and appreciation. Without them none of this would be possible, so we’re truly grateful.

Mike:We’ve always had a special relationship with our fans. They fuel our passion and drive to always push forward.

How does COVID-19 affect your work and cancelled gigs?

Mike:We’re all in this together right now and it’s the only way we’re going to get back to how life was before this, by sticking together. For us, it’s been a change because we’re so used to being on the road for weeks at a time, travelling and playing shows, so we’ve had to adjust just like the rest of the world has. For touring musicians, this gives an almost unprecedented opportunity to write new music with so much free time, and I expect to hear a ton of amazing new music coming out of this.

What do you do and suggest to our readers to do during quarantined time?

Dimitri: We’re used to being flexible and try to maintain a routine whilst on the road to keep us in the best state physically and mentally, and I think that is especially important during this extraordinary time. People need to carry on exercising and eatting healthy, and spend time communicating with their friends and family. There are so many ways to keep in touch, so it’s been fun seeing the new creative methods that people are using to stay in contact with one another! The most important thing in all of this is people’s health and wellbeing.

How does the huge success of your single “Instagram” make you feel?

Dimitri: It’s a great feeling. The song took a while to write, but we all were really happy with the outcome, and to see that being received so well by our fans means everything to us. It was great having so many talented artists work on ‘Instagram and just bouncing off each other.

Mike: We love to collaborate with artists and producers whose work we admire. For this project everybody brought something different to the table and the synergy was really smooth.

What do you guys have in store for the future?

Mike:We’ve spent a lot of time in the studio recently, working on new music and finishing projects, so we have a lot of new sounds ready to drop in the next few months. We’re really excited about our upcoming music schedule, fans can expect some interesting collaborations and a bunch of new singles from us too.

You were recently featured in Rambo: Last Blood. How is it like trying something new like acting? How was the experience & do you have any other similar projects that you are working on?

Dimitri: I’ve always been fascinated by film, conveying stories and emotions on screen the same as you would when working on music. Being involved on different sets and working with hugely skilled actor/actresses in the film industry has taught me a lot about showcasing different themes, and I think that has had a knock-on effect on our music as a result. Getting to work alongside big screen heroes like Jean-Claude Van Damme in The Bouncer and Sylvester Stallone in the latest Rambo movie are highlights of my side career in the film industry and push me on to achieve more. I’m always looking at new projects to be involved in, I will be announcing some more soon!

You have recently announced your new label “Green Room”, congratulations! How do you source artist for your new label and tell us more about the launch.

Mike: Thank you! This has been a project I’ve been working on for a while, which is centred around my love for urban music. I’ve been releasing a number of solo singles over the past year, so launching the label felt like the next natural step for this. I am constantly on the lookout for new music and listening to new talent and different styles, so the aim of the label is to nurture these guys and give them a platform to express themselves, as well as for me to release my own music. The label launched with my single ‘High Off Love’, which fans are really digging at the moment.

Lastly, what would be your favourite thing about performing live in front of a big crowd like Mysteryland, Tomorrowland and similar?

Mike: For us it’s all about the back and forth with the crowd that makes it so special. The connection with the fans is so strong and is always a two-way thing, we feed off their energy and that shows in the performance, and in turn the crowd reaction to that is memorable every time.

Dimitri: Playing our music to people and seeing them react has always been one of the most important things in what we do. To see our songs making so many people happy, creating memories and having an effect on their lives makes what we do worthwhile, I don’t think we’ll ever get tired of that and will be forever thankful for the position we are in.

For the weekend we suggest you listen their new track: https://open.spotify.com/track/00JoqMc5KZFLpdrtymo6f0