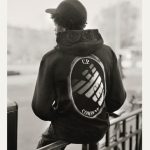 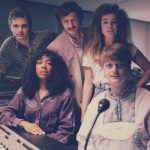 In conversation with DENIRO

We had a pleasue speaking with DENIRO our newest digital cover star about his new music and projects.

With this editorial project we are excited to launch our Soundcloud where you can now listen to the first podcast created by DENIRO.

Born and raised in The Hague, Netherlands, a true techno craftsman and collector gaining noticeable popularity and support by many. How were the beginnings of your journey and what advice can you give to inspiring young people out there?

It all started with a group of close friends, we’d go to techno parties and just dig for music all day long while skipping school classes. In that time, around 2001, we checked out music and labels on platforms like Discogs and then downloaded music through Soulseek. We also tried to find as many track IDs from sets we listened to. At that time there were no apps to recognize music or tracklists, so that was more difficult than now. . Then we’d go out and check out DJs every week. I was 16 years old when I went to my first techno party. At first, it was me and my friend Thomas Martojo (founder Dekmantel), then other people joined because we went to the same school.

I like to work and produce alone. I initially downloaded Fruity Loops to mess around with in my teenage years and it instantly became an addiction. I was always making music, it was my safe place away from problems and school routine. It’s a treatment for the soul, a therapy.

My advice to young producers: put as many hours as you can into developing your music taste and producing style. Listen to tracks of producers you like and learn from them. Even as a longtime producer, I still do this to this day.

2. How long have you been participating in ADE? What do you think it’s special about this week?

One of my most special memories of ADE was Dekmantel with Jeff Mills in 2012. It was the last day of ADE and my voice was gone. I decided at the last minute that I couldn’t miss this and was at the door, tried to talk to one of the promoters to let me in, but my voice couldn’t reach further than 50 CM. I almost missed this event because of that.

Was glad I got in. Jeff Mills played live all night and brought his artwork/prints from outer space. The whole set was just magical. In between playing live he took the mic and told about his gear and the music he was playing. This was something legendary that I will never forget!

Special about ADE is that it’s like a marathon, you hope that the last day you're still alive for the last parties. If you made it until the end you won’t forget it for the rest of the year.

What are your favorite places to visit in Amsterdam?

De School was my favorite place to go and hang out with friends. My favorite places to visit are now my friends' homes. Also great that you can decide what music you would like to hear at that time. Most of my friends live in Amsterdam and I love to visit but do not miss it that much, to be honest. Living in The Hague is more relaxed than in the capital, I’m a quiet person so I feel at peace there.

What synthesizers do you own? Any new additions lately?

My base is 909 and 808. I like the Roland synths from the ’80s, I think the JX8P and SH 101 are my favorites. There are many more of course, but these are the main ones. I use Ableton to record everything and digital plugins for additive effects. My first synth was Dave Smith’s Poly Evolver, I was really into Omar S back in the day, I saw a picture of him holding the synth and decided to buy it, but just after a couple of months, I sold it to a good friend because I felt it didn’t fit with the other sounds. It’s a good synth though. If I want to use chords I often use the JX8P.For bass and leads, the SH101 is a great machine it’s easy to control and also has a nice internal sequencer.

How would you describe your connection with Detroit soul techno?

The first interaction that I can remember with Detroit soul techno was Robert Hood’s Minimal Nation LP. When I heard this LP I got mesmerised by the minimalistic rhythms and hypnotic synth lines. When I listen to techno I love when there’s emotion and you can feel it. Of course, there is good Berlin Techno, but I need Detroit techno tracks to lose my mind. I like a mixture of more straightforward techno but with some Detroit elements in it.

When did you start the project Tape Amsterdam? Can you share some updates with us about your label?

I already had a big library with tracks so one of my friends, Interstellar Funk, proposed to start a label and press records. So we started Tape Records with two other friends as well. I‘m looking forward to releasing an album, hopefully, next year. I keep on making tracks for the album and then end up releasing them on other labels, so my album keeps on getting delayed. I am saving some special tracks I’ve made a while ago for this special occasion. Hope I get to release the album before my retirement.

Your latest EP “Identifier” was released on DGTL Records, including a remix of Marcel Dettman. How was working for this Ep and how would you describe the project itself?

One track of the EP called ‘Sunset’ is six years old more or less and the other two I made during the start of COVID 19. I used 909 samples from earlier loops I recorded in my studio and topped them off with digital plugins.

After finishing Identifier we were looking for the right person to remix this track. When Marcel Dettmann said yes and sent over his remix I was really happy about it. I love the groove in Marcel's tracks and he is just one of the coolest guys in the scene.

What do you like to do in your free time?

If you ask for free time, that means that I can do what I want at that time. Mostly that is making music, so I don’t know if that counts as real free time. Besides that, I like to watch football and gaming on my PS5. And drinking beers with my friends of course.

What are your plans for the near future?

Making more music and playing at cool venues while traveling the world. Last year when the epidemic started I was very motivated to use this free time to make music in the studio. But when more months passed the motivation wasn’t there anymore. You also have to go out to hear other DJs and go to parties to get inspired and see people’s reactions. I need the weekend to get myself going and travel a little bit, that’s how I focus on the following weekend. It was hard not having that for a while and also having no perspective when you can do what you love again Of course there are worse situations to be in. I’m thankful to be healthy, mentally fit, and still able to feed the cats during this period.

What is freedom to you?

For me freedom is to wake up and do whatever I feel like on that day. . Growing up as a teenager I had some difficult times finding my place in this world. I had low self-esteem, no energy, and struggled to get through the day. I knew my passion was making music, but I thought that being a DJ and producer and making a living from it wouldn’t be possible for me. It felt unreachable and unrealistic, like being a professional soccer player for Ajax or a world-famous pop star like Elton John. After a good session with my shrink bud, he told me to make a decision about my life: go and focus 100% on music and producing or choose something else. For me, this was the final push I needed.

Being a DJ / producer is what makes me feel free. But there always is some pressure with making music. It takes a long time for me to produce timeless music. It takes a while to decide whether to release a track because I have to like that track after a year that I made it for example. You’re always the most critical of yourself right?