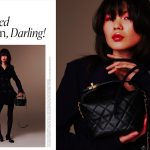 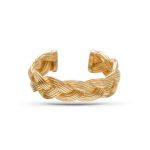 In conversation with Darude

Famed for the global platinum-selling smash ‘Sandstorm’, Darude is recognised by many as one of the most influential artists to emerge from the dance scene in the past decade. With a DJ style that is a mixture of progressive and uplifting trance, fused with elements of tech, breaks and house, Darude’s music delivers a dynamic energy that gets any dancefloor moving. With over 15 years heavily touring North and South America, as well as leading shows in Asia and Australasia. His resume of accolades is a testament to the exponential growth of his profile as an international artist. Over the years he’s appeared on TV channels such as BBC, NBC, CNN and MTV, as well as having won a number of prestigious awards such as 2 x German Dance Awards, Dance Star Award, USA Golden Turntable DJ Award and he is a 3 x Finnish Grammy Award winner. His name has also appeared in numerous public-voted polls with previous entries in Top 100 DJs Poll and Americas Favourite DJ.

We had a delight speaking with Darude about the current situation in the world and his new music.

How is the current situation in the world affecting you and other artists?

As every other DJ & artist, I’m not touring until the coronavirus situation calms down and it’s safe for people to come together again. When I’m not on the road, my typical work weeks are not that different from this, though, everyone in the family being home now throughout the entire day presents some challenges to us all. Arranging and overseeing home schooling for our 10-year old takes a good bit of time, and trying to stay on top of a productive and positive family routine is taking a good bit of brain power and capacity, but so far we’ve stayed healthy – and relatively sane – so I guess we’re doing ok! 🙂

You’re lucky enough to have made a career out of the thing you love doing, and a lot of that has been down to successes such as ‘Sandstorm’, do you look back at the track with fondness at the opportunities it has given you?

Of course! I’ve done quite a lot since ‘Sandstorm,’ but it’s what started it all – it gave me the opportunity to tour and show people what I do and what I am about. Every time I hear the track or play it myself, I am extremely proud and happy!

What did it feel like representing your country at last year’s Eurovision? What was the experience like?

It was a great honour to get to represent Finland! The whole journey was something I’ll never forget and I wouldn’t change it for anything! Getting to work with and share the experience with my dear friend Sebastian was great, and looking at my production methods and approaches from a different angle was a welcome change. I got to work with a great team of Finnish TV professionals for the Finnish national final and then on to Tel Aviv to be a part of one of the biggest live TV productions in the world – those experiences are invaluable both personally and professionally. Meeting the Eurovision fans was great as well, what a loving and excited bunch of people from all walks of life. Connecting with the fellow contestants was absolutely amazing as well – it lead to collaborations and even friendships!

What is the favourite place you have ever performed at and why?

2016 NYE at Kansalaistori in the city centre of Helsinki, Finland. I got to kick off 2017, the year we celebrated 100 years of Finnish independence, playing ‘Sandstorm’ to 100,000 fellow Finns, followed by an hour-long DJ set to keep the party going!

How would your year have looked differently if the current situation would have been different?

I’d be out on tour, US, Canada, UK, Ireland, Sweden, Norway, Australia, etc. We had a worldwide tour planned to start this summer, but it has, of course, been postponed, so we will also have to shuffle some music releases as well.

After so many years in the industry, what things have changed in those times? Is it now easier or harder to make it as an artist?

Available, advanced technology has made it more affordable for almost anyone to get their hands on some sort of recording and production tools, so I’d say harder, as there’s so much more competition now. I don’t mind that, though, because not everyone wants to or needs to be a superstar, but just to have fun expressing their feelings and talent through music. Also, I’m a prime example of someone who didn’t even know they wanted or could be a musician, but through technology I could actually program rhythms, chords and melodies that I was not able to play live at that point, and so getting creative in that way was possible. Anyone today finding something similar through mobile apps or computer software is probably feeling similar joy and exhilaration as I was, so I’m all for it!

When creating new tunes, how do you approach it? What is the first thing you start with?

So many different ways! I used to be more of a grid based programmer in the beginning, like drum machine programming and I used arpeggiators a lot as well. I used to always start with drums and some bass, to get a monotonous driving foundation going first, then I’d start finding melodic elements to it, just listen to that until I started hearing things in it, then trying to get them out of my head and play or program on top of the beats. These days I sometimes still do that, but quite often I go through sounds and samples and start finding chords and melodies first, then come up with the beats and other production later. Sometimes I send instrumentals to singer-songwriters to write to and sometimes I get vocals from them first and create my music around it. Sometimes I have someone or many people in the studio, or over Skype, and we’ll vibe it out real time, come up with ideas or full songs from scratch.

What is next in store for you? Any new releases or projects you can tell us about?

I’ll be putting out a bunch of original tracks this year. We’re shuffling our release schedule due to the pandemic, but stay tuned to my socials for the latest info. Hopefully fans will be excited about what I’m doing this year!

How do you think this summer will be in comparison to previous years with everything that is going on in the world?

Well, it is certainly looking like it is going to be different than we’ve ever experienced in our lifetimes. In the grand scheme of things, I’m not worrying about missing out on performances and parties, because everyone in the industry is in the same boat right now. What I AM worried about is my family’s, my friends’ and my loved ones’ physical & mental health – not only because of the virus itself, but because the financial struggle that will be so tough for so many as a result of this world crisis. I worry about every person’s capacity to withstand the hardship in front of us, which is why, more than ever, we need to look out for each other, and do our part now. Especially for the heroes on the frontlines of this crisis doing the painstakingly hard work to save us all. I am incredibly grateful for the immense sacrifice they make for all of us daily.

Lastly, what is your favourite thing about being creative and what makes you happy?

I simply love coming to my studio and sitting down and letting ideas flow. Sometimes it’s immediate, sometimes it takes days, but I’ve learned not to be too frustrated about time and to trust that something good, fun, touching, positive, etc. will come out eventually, however long the detour is! Music and family are what bring me happiness.