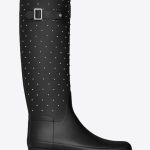 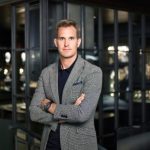 Events Music On the Playlist Portrait Things to do

In conversation with Dance System

London’s James Connolly hasn’t just survived in the volatile world of electronic music, he’s helped shape it.  At the forefront of dance music for over a decade, Connolly has left an indelible mark as a progressive producer and DJ under both his aliases – L-Vis 1990 and Dance System – and as the co-founder of the highly influential label, Night Slugs. This year during lockdown, he took the decision to shift his sole focus onto Dance System and begun a new journey with his new label System Records. Kicking off last week with the release of  ‘Where’s The Party At?’, this incredible 20-track collaborative mixtape features some incredible names including India Jordan, Hudson Mohawke, DJ Deeon, Sally C, A-Trak, Alex Virgo and more. We sat down with Dance System to chat about his history and the start of this new chapter.

Throughout your career, you’ve released under a couple of alias’. What made you decide to leave the L-Vis 1990 moniker and shift the focus to Dance System?

There have been maybe four or five different aliases over the years, each of those represents a little part of what I’m about musically. I have to compartmentalise everything so it all makes sense in my head. I think at the end of 2018, I was getting a bit tired of doing this, I felt I really needed to focus on just one thing to make the best of it. In parallel, I was working on a L-Vis 1990 R&B album and new Dance System stuff but for some reason the energy of the DS project started to overtake, I just thought ‘fuck it’ Im gonna put my everything into house music for the first time in my career and see where it goes.

How do they differ for you?

Dance System has always been buried in the heart of L-Vis 1990.. it's a part of that moniker. You can hear it in Club Constructions Vol. 1 and later, more directly, my L-Vis 1990 Presents Dance System EP’s for Clone & Ultra Magic. I think the L-Vis 1990 name just became too tied to the general sound of Night Slugs & DJ sets rather than my actual output. Towards the end I was also moving more into the production for vocalists lane with my mixtape 12 Thousand Nights. At that point the stylistic visions were very separate.

Are they vehicles purely for creation or do you see them as a reflection of your personality and self too?

I don’t think you can separate your personality and creation if you are being true to your art. The music reflects different parts of me wholeheartedly. L-Vis was the experimentalist artist that wanted to subvert and explore new realms. Dance System is the goofy playful side of me that just wants to dance, have fun and laugh… I'm always laughing and dancing about in my seat when I make that DS stuff.  If my energy and personality isn’t coming out in the music, then it's not gonna connect with people. That’s why I felt it was important to bring Dance System back.

Many would agree that Night Slugs is arguably one of those important and influential labels in UK electronic music history. How do you feel about that sentiment and did you know at the time what an impact it would have?

It's amazing that you and others that would suggest that. We were just part of a great lineage of important labels in UK club history, there are so many.  We knew we were doing something different and it felt special, but we had no idea the impact it was going to have. It was crazy reflecting on it and looking at the club landscape for our 10th anniversary, a couple of years ago. You can hear small parts of what we started everywhere. It's just part of the fabric of underground club sound. Half the young kids don’t even know who we are, yet our influence is there in their sound. We are just part of the lineage of amazing dance music in the UK.

Overall, have you found that your work and creativity has been positively or negatively affected by the pandemic?

I’ve been training for this moment my whole life… I'm an art school kid, a bedroom DJ, a studio nerd, staying in one room and just making art and creating is my default mode. I thrived with the extra time to really delve deep into what I was about musically. I mean you can hear the sound of my lockdown in my new mixtape ‘Where’s the Party at?’ 20 collaborations with a bunch of other artists in the same situation. But that creativity did go in serious waves, there were times when I just couldn’t do anything and had just watched some crap on Netflix. Creativity is all about riding waves, if it’s not there at that moment, you just gotta go sit on the beach and relax. there will be another big wave soon enough.

How did you find lockdown in Rome? One of your creations went viral we saw!

Lockdown in Rome was pretty intense.. you couldn’t go outside a certain radius of your house after the supermarkets were closed. We would have police pulling up and threatening us with fines when we were just taking the trash out at one point. My girlfriend and I tried to make fun out of it as much as possible, otherwise we would have gone crazy. At the start of lockdown, there was a lot of amazing energy in the ci; it felt like we were all in something together probably for the first time since the war. Every night at 6pm, people would hang out of their windows bashing pots and pans and playing music, it was such a vibe. One night me and my girlfriend decided to play Gigi D’agostino ‘Bla Bla Bla’ out the window – this was a massive tune in Italy in the late 90s. Everyone was going crazy and flashing their torches! The next day I decided to make my own edit to play out the window. Was a hit in the tower blocks. I released it on Bandcamp and Annie Mac made it her record of the week; called it “medicine for the nation”.  It was such a surreal time, but super fun!

You recently launched your new label System Records and announced its first release Where’s The Party At?. It’s looking and sounding incredible. What advice would you give to other aspiring producers and label owners?

This answer could be an essay, but I’ll keep it short and sweet. You have to trust your gut and own vision. Don’t try and be like others, be yourself 100% and don’t be afraid to be different. To get to that point it took me so much time and i feel like I’m only just getting there now to be honest. So don’t put pressure on yourself for overnight success; just work hard and keep your head down. I’ve been plugging away at this shit for twenty years! On the practical side of things, a label is very hard work and can take up a lot of time, so if you're a producer and looking to start a label, definitely make sure you have a strong team around you to make it work. Having a vision is very important too.

What would you say the most challenging part of this launch was?

On top of delivering a 20 track album that I mixed myself I am creative directing everything down to the smallest detail, from art work, videos, photo shoots, social post etc. It’s been such a lot to balance and a total head fuck at times. But thankfully I have a great team of visual artists that I’m working with, Jean Baptiste Castel and Maria Gudjohnson, who have been fantastic. Also my partner in System Records, and my manager, Sophie Glynne, has been holding it all together impeccably, so that's taken off a lot of stress.

The tracklist is incredibly diverse – we love to see it! How did you go about selecting the artists to work with?

All the collaborations came about super naturally a bunch of them are friends old and new. I think they are all quite diverse because my life has been diverse and I’ve spent a lot of time traveling around and living in different places. People like UNIIIQU3, A-Trak, Heavee and DJ Deeon I know from my time living in the states. Hudmo I know from touring and playing the same parties when we were coming up 10 years ago. Alex Virgo and ABSOLUTE. are new friends I met last year when I was starting to bring Dance System back. Sally C and Cromby I met on the dance floor of Panorama Bar. They are all just amazing artists who are a part of my journey in some way.

What is your favourite track from the mixtape?

It's so hard to choose! Each of them are a different part of me and my sound.. It’s probably a toss-up between Heavve ‘Get Down’ & the KG and Simbad one ‘Deeper’. They are both at polar opposite sides of my sound. ‘Get Down’ is 143bpm hyper disco cut and ‘Deeper’ is so smooth and such a beautiful journey.. KG’s vocals are sublime and the way Simbad added the live drums towards the end just takes the whole thing into oblivion! I love showing that side of me too.

It's looking very busy! We almost have too much music to release on the label from up and coming artists, plus some mega stars that want to join the fun too! I can’t say anything on that right now though… I just know next year is going to be a wild ride.. I can’t wait to start throwing some parties!

Are there any new artists you think we should be keeping an eye out for?

Yes! There are a bunch of new artists I’m working with for the label. The first release after my mixtape will be from Funky T who runs the amazing Devon Analogue studio. You should also keep an eye out for ABCDJ (Chicago), Guchon (Tokyo),  DJBT (Netherlands), Douglas Rothschild (Baltimore), and this 18 year old wonder kid Kyle Starkey (UK)

Tell us something that is not on your resume?

I used to make music videos back before I took the plunge into full time DJing. I actually made one for Erol Alkan & Boys Noize’s secret project on Phantasy, called Dance Area.  It was a track called AA247; it's still on YouTube I believe.

In conversation with Christoph Grainger-Herr, CEO of IWC