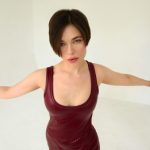 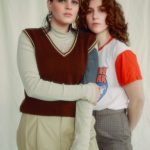 The Dutch rapper, writer, singer, and entrepreneur Chivv (Chyvon Pala – 26) has been making music since the age of fifteen. The artists recently released his new single ‘’Come Online’’ featuring Jandro and Jonna Fraser, produced by Diquenza. The song was released on the 25thof June, reached #9 in the Dutch charts in its first weeks and has 2,6 million streams and counting. We sat down with the artist in one of his favorite restaurants in Amsterdam, FIKO and spoke to him about ‘’Come Online’’, his creative process, fashion and more.

How are you today?

Today, I feel like I can take on the world.

In your words, how would you describe yourself to our readers?

I’m an outgoing guy, very family orientated and I’m always creating. It’s sound cliché but, when I step outside myself my life feels like a rollercoaster. When I’m feeling down, it’s extreme but when I feel good that feeling is extreme as well. There’s no in between.

How would you describe your sound?

I would describe it as a combination of many things, new school hip-hop combined with an afro sound. My sound is fusion, I guess.

You just released ‘’Come Online’’, can you tell me a bit more about the creative process surrounding this song?

A little over a year ago I resided at a writers-camp hosted by SFB. The producer Diquenza who produced two of my biggest hits during the early stages of my solo-career stayed there as well which naturally resulted in us collaborating on a new project.

On one specific evening everyone was sound asleep which gave us some extra time to work on something. When we went through his file of beats, I heard one that I liked, went into the booth, and started to freestyle. In the room that he had his studio set-up in, there were a few girls sleeping. Which is the reason why I came up with the whole ‘come online’hook. In Nigeria when you say ‘’come online’’to someone it can mean that you want them to wake up and get active. No pun intended. So, I drew my inspiration from my surroundings and the situation I was in at that time.

The song ‘’Come online’’features the artists, Jonna Fraser and Jandro, what made you want to work with them on this project?

When Jandro woke up the next morning and heard the song he liked it and said that he wanted to finish it. On the drive back home, I listened to the song again, and figured it could work but it was still missing something. That thing was Jonna Fraser. We’ve worked with each other a lot in the past which made it a no-brainer that Jonna would kill it the track.

I get inspired by the things around me, the things I see and what I experience. I especially get inspired when I go on vacation, as soon as I come back, I immediately go to the studio.

Which brands can you currently not live without?

Prada is my al time favorite brand. I only wear Calvin Klein underwear, when I want to be more comfortable, I wear New Balance and when I’m in the studio I usually drink Hennessey.

Who inspires you the most?

My mother! She moved to the Netherlands from Surinam with my older sister, and I, raised us by herself and never complained. She worked hard and has always remained to be my source of inspiration.

What have you missed most about performing?

I missed the energy from the crowd. When you put a lot of work into a track, the energy the crowd gives you when you finally preform it can sometimes be the validation that I really appreciate as an artist.

How do you combine fashion and music?

Music is inspiration and same goes for fashion. When I was younger, I looked up to Tupac and Biggie, for their art but their style as well. When they we’re wearing full Versace, you wanted to be a part of that whole vibe.

What does confidence mean to you and when do you feel the most confidant?

It means everything, when you walk into a room feeling confident you can share that and make other people feel the same way. Things are just easier when you feel confident. I feel my most confident when I’m on stage.

How would you describe your current post lock-down mental state?

I feel relieved, I felt like I was locked in my own head, which was very draining. Now that the lockdown is almost over and we’re able to do more, I’m more creative and I’m happier.

Do you have any other exciting projects coming up?

I’ll be dropping a remix of ‘Come Online’ with three international artists. Throughout the summer I’ll also be releasing a few singles that I’m excited about and I’m also working on my third studio album, which will I’ll release later this year.

In conversation with Overcoats