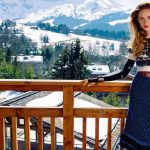 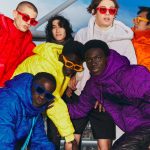 In conversation with BEC

We had a pleasure interviewing techno's brightest contemporary stars, BEC, who will be releasing a 2-track remix EP of the legendary track 'Ready Or Not' by The Course (sampled from Fugees 'Ready Or Not' ).

How would you describe your music?

Who inspired you to get into techno?

There are many artists that have inspired me so much. The main ones include Laurent Garnier, Future Sounds Of London,Luke Slater, Chris Liebing, DJ Bone, Nico, AWeX and many more that aren’t producing techno, such as Hiroshi Yoshimura, Brian Eno, AFX & Alva Noto.

How was the creative process of your new remixes “Ready or Not “ ? Why did you choose that track in particular?

The label that released the original track from The Course, Altra Moda Music approached me and asked me to remix “Ready Or Not”. I was very happy about that and quickly accepted their request! I don’t usually produce with vocals but when I grew up, this track was played everywhere and it was a part of my childhood. It felt special to now be able to remix this myself, so I allowed myself to get really creative in the studio and made two versions. One version, the “High Vibration” mix uses the full vocal and is more downtempo and breakbeat. The “Rave” version is harder and one I play out often, it uses just a small lick of the vocal in one place before it breaks.

What do you do in your free time?

I loveeee to travel and experience different cultures, so when I have a gig somewhere I haven’t been before, I try to stay a few extra days if my schedule allows, and soak up the local culture as much as I can. I usually try to avoid tourist spots and instead seek out authentic ways to understand the new area I’m in. When I’m at home, I’m pretty much always in the studio! Which I really enjoy. When I’m not, I like to exercise, I’m pretty addicted to HIIT workouts. I have a lengthy morning routine which includes meditating, working out, sometimes breathwork too, before I hit the kitchen to make my usual morning smoothie. I really value my friends, and love to spend time with them, hitting a park or nature spot. Or getting some new musical inspiration by going out at night. I enjoy other, more classical genres of music, I love to go see solo guitarists and pianists.

What is freedom for you?

Freedom is being able to live your life exactly how you want to, and not feeling like you have to conform to a certain type of lifestyle because of extrinsic conditioning. Freedom is also being able to express yourself however you like.

Will you be playing at ADE this year?

Yes! I’m usually playing De Marktkantine every year for the Second State party, but this year I will be playing at Dockyard festival on Saturday 16th October during the day. Super happy about that, as I’ve attended the festival many times and always thought it was one of the most impressive events at ADE! Then I’ll be heading straight to the airport after my gig to play Fabric in London, which will be my debut there. It’s going to be a super exciting day!

What are your short term and long term goals for the future?

Short term, before the end of the year, I want to sign another EP which I’m working very hard to finish right now. I’ve already got a few in the pipeline for next year but I’ve got my heart set on a label I haven’t released on yet which would be a dream and already make 2022 a winner! So I’m just in the studio as much as I can be right now. Long term, the aim is to take things to the next level. I feel I’m really on the edge of achieving what I’ve always wanted! I just landed a few really incredible shows like NYD Awakenings at Gashouder.

What are the figures that inspire you the most, besides music producers ?

Philosophers, neuroscientists and psychologists! You probably didn’t expect that answer haha. I’m really into mindfulness and always wanting to improve myself, and I admire when others want to as well. I take inspiration from people in that space such as Dr.Nicole Lepera, Eckhart Tolle, Deepak Chopra, Jay Shetty, Joe Dispenza, Lelia Delia, Liza Colpa, Robin Sharma and many many more!

How do you see your evolution as an artist?

I would love to be an artist that sits in a bridge between genres and is able to cross over. I really dislike the idea of being boxed into one “sound” and I think true art is created in the moment, whilst in a state of flow, and not thinking – not thinking to conform into your niche, but creating art for art’s sake. I idolise other artists that have been able to do this in their career, it’s not easy!

Look out for the next release on my own imprint “BEC004” which will be coming out on the 22nd October. It features three no-nonsense techno cuts. I am looking to end the year with a remix pack on my label, just like I did last year. In-between those releases, I have a mega single track coming out on Alan Fitzpatrick's “We Are The Brave”. I have a podcast coming out for Amnesia soon, and shows at Elrow festival in Amsterdam, and can already say I’ll be starting 2022 on New Year's Day in the best way at Gashouder for Awakenings! There’s a lot lined up, this is only the beginning :)!