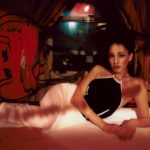 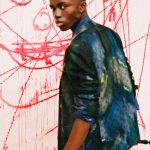 In conversation with Aron Piper

The young Spanish German singer and actor presents us with five songs produced by artists such as Mygal, Iseekarlo, Tweak or Miqui Brightside and features the collaborations of Jesse Báez and Polimá Westcoast, two of the artists with the most personality and relevance on the Latin American scene. , thus consolidating itself as one of the Spanish artists with the most international projection for this 2021.

“Nieve”, the title track of the EP, is accompanied by a visual piece in the form of a video clip shot by Tomás Peña with Manson and produced by CANADA. It shows us a life full of excesses in which success and fame generate a negative emotional weight in the artist, causing him a huge loneliness in the purest Malick style, also with an excellent photography direction by Albert Gay, who makes it the best music video of the singer so far.

The artwork created by the artist Cataln Ignasi Monreal, portraying the musician who, after achieving more than 25 million reproductions on digital platforms, presents his best work so far to show that this is only the beginning.

The whole EP has already more than 10M plays on digital platforms.

Tell our readers who you are in your own words.

I'm a chill guy, insecure and afraid of the world. I've been fighting for what I want and I got fame from one day to another so I'm trying to process it all now. I'm grateful everyday for what's happening to me and I'm now and lucky, so I'm trying to have a good and healthy relationship with my life, trying to keep doing good and most important, being a normal guy.

What is your first memory of acting and music?

First thing I remember as an actor is saying to my father: “Dad, I'd love be an acotr and I want to do it right now” I was 12 years old and he looked for some short films for me on the internet, trying to match my profile with some castings and that's where it all started.

In music I think the first thing I remember is when I was 10 years old, I used to note my songs over Eminem songs, showing them to my best friend Sam when we met.

Among all the roles you have played so far, which one embodies your personality the most?

I'm trying to give a big part of myself in each character I play. If I dont do it I just feel that the characters get empty, so that's why I want to feel they all represent me. The one I enjoyed the most is “El Desorden Que Dejas”, at least by now.

What gives you confidence?

My close friends, my family, my team… Since I'm famous the confindece looks mistrusted, so you gotta learn how to deal with it.

What is the most daring thing you did recently and tell us something that is not on your resume?

Going to La Resistencia (Spanish TV Show) for example .I've had never been on a TV interview with public, so I was quite scared but it wasn't such a big deal at the end.

Something I dont have in my CV? That I keep it for myself, I try to not show too much of my private life, if I dont then I wont have anything else for me hahaha.

What is your personal motto?

What are your upcoming projects for this year among the new season of Elite?

I'm focused on music now and doing casting, looking for some interesting projects as an acotr. It's been some time already without acting and I'm pretty excited to do it again. I've got some projects but I expect to have some more.

Why acting and why music? What inspired you to embark on a career in this industry?

Always acting. It's been hard for me to deal with my emotions and that's because I feel like everything affects me pretty much. It's a fight between my way to adapt to things and how I get affected by everything that surrounds me. Being an actor saved me from that because it's a different way to express deeper emotions.

My career as musician is pretty similar, but with music I can express my own feelings.

With work you have traveled a lot. What are some of the favourite places you have seen and been to so far and why?

Travelling is the most beautiful thing in the world. It opens your mind and makes you disconnect from your routine and your hometown. My best trip by the moment is Mexico, the longest I've done and the one I enjoyed the most.

What is your biggest outtake from last year?

The loss of my privacy, no doubts, and losing confidence in people who doesnt know me and judge you, doesnt mind if good or bad.

As the theme of our Spring & Summer season is ELEMENTS and it is about sustainability, nature. Tell us about your perspective on sustainability and environment.

It's something that worries me a lot and I'd love to get more involved with it. Most important thing right now is our land, earth, the world… and it's all getting too fuck up.

Tell us about your recently released debut EP.

It's something that feels old for me now, but I guess it'll always happen the same. From the moment you start working on it until you release it, feels like ages. But I'm very happy with how it's working and with the position it gives me as a musician. Best is still to come.

In conversation with Zion Moreno

In conversation with Jeremiah Berko Fordjour