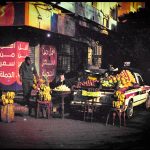 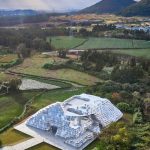 In conversation with Andrew Matarazzo

We had a great pleasure speaking artist Andrew Matarazzo.

‘Don't Say Love,” is your fourth music single and it sounds a lot different than your previous tracks. What was the inspiration behind the sound and lyrics?

A: I’ve been calling DSL the ‘anti-love song’ because, for me, it expresses that point in your life where you’ve been jaded by repeated failed love, and you’re sort of numb to the emotional aspect of it. Connection becomes all physical and just for fun. I wanted the lyrics to have no emotions, which is opposite of my last few songs.

A: As much as I love music, I’m an actor first and foremost, and I think music videos were the first medium where I was able to allow both those sides of myself to fuse together. I really try to create mini movies that go hand-in-hand with the track, almost like a soundtrack to whatever film I'm emulating. Also, these music videos have been an incredible way for me to flex all of my artist muscles. I produce, direct, act, sing and creative direct all of them. I really approach it much more like a short film than a traditional music video.

As an actor, how has the industry changed for you post pandemic?

A: I’ve been feeling the aftershock a lot more recently. So much has changed. The inner workings and the playing field has shifted a lot. The audition process has become a lot less intimate because we’re sending tapes in now rather than meeting people face-to-face. There’s been some interesting shifts, but it feels a lot more like performing for an empty room. There’s a sense of feeling unseen and unheard sometimes.

You’ve been to the Netherlands before. What was your favorite part about visiting?

A: The fans there are so loving and friendly! I’ve done a few conventions there and I remember the energy being unique to some of the other’s I had attended.
I’m also a huge fan of museums and architecture and there's no shortage of incredible places there. Beautiful cities all around.

Heartbreak seems to be a recurring theme in your music. Are they all about the same person?

A: Unfortunately for me, no. I’ve known two great loves in my life. Music is a really powerful way of closing chapters and putting feelings to rest. As much as it’s a great place to pull inspiration from, I hope I never have to go through those parts again.

What are some TV shows that have inspired you as an actor?

A: Wow, that list is endless. I rewatched a lot of series during the lockdown, and found some new ones. Madmen, The Sopranos, Succession, Euphoria, Game of a Thrones, Sharp Objects…So many!

Is there a motto you live by?

A: Something I’ve really been cautiously trying to do is return the energy I receive. I noticed there was a lot of unbalanced relationships in my life where, either, I was giving too much energy to people who gave me none, as well as failing to give back energy to people who were giving me so much of theirs. It’s something I’m practicing and it's really interesting who falls in and out of your life when you match them where they’re at.

Congratulations on the music video. The visuals are striking. What was the inspiration for the imagery?

A: I based the video off Ridley Scott’s Blade Runner. I wanted it to feel almost like a third installment to the series. More in the future than the last film. It was such a massive challenge to do a sci-fi, futuristic video like this on a smaller scale, but it was an amazing pay off to see all the details come together. I’m very proud of what we did. Andrews' song and music video for ‘Don't Say Love’ is out now on all streaming platforms.