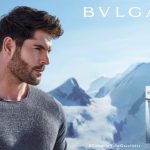 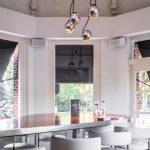 Music On the Playlist Style

“Samsøe Samsøe as a brand has this year chosen to go with a hybrid showcasing of the SS21 collection. A smaller gathering in our courtyard, for selected press and media’s for a showcasing of the video when going live – has been added to the schedule to ensure exposure in the Nordics, plus relevant international media, attending the Copenhagen Fashion Week this season. We’ve chosen to go digital, as we found this solution cool and in line with both the worldly view, as people are not traveling – but also our theme; ‘Local Love’, as it showcases glimpses of real people, doing real things – and uplifting the people who live in our neighborhood that we really draw a lot of inspiration from. On top of that, we find it irrelevant and outdated to chose to go with a classical show venue, as it’s neither sustainable, nor new thinking. Raw, honest, inclusive. That’s our path going forward.”, Armin Semovic – PR Manager. ​

Music has always been around me. Since I can remember, music has been a major factor in my life. I’ve also always been a nerd. I loved breaking and repairing computers, speakers, amps and so on. So it was only natural I became a producer.

You’re producing a solo album, but you’re also in a collective with friends who believe and strive for the same things. Please tell us a bit more about that?

I am currently working on solo producer album, but I’m also in a small “collective”. We are a small group of friends who all have a very big passion and drive for music with the goal of making a living from it one day. We take music very seriously but we’re actually very goffy people, so we try to find a balance of not being too serious on how we portray ourselves. We want do break through in our own way, not hiding who we are. Outside of our collective we also collaborate with other artists. Singers , producers, rappers & instrumentalists. We try to be as diverse as we can so we always stay inspired. As for my current project I’m working on a solo producer album with the simple purpose of making music because I/we love it and again, have a very big passion for it. This is going to be the second album I’ll be producing, with the first being an Rnb album for a very talent singer called 23HUNDRED in 2019. For this project I’ve gotten a handful of very talented singers and rappers. Some from the “collective” others from around Copenhagen. I will not allow myself to stress over getting it finished. If it’s done in 2 months it’s that. If it’s done in 2 years it’s that. Quality over quantity.

You also skate. Do you draw inspirations from different subcultures to your music as well?

I try to take inspiration from everywhere. I listen to a lot of different music to try and find new ways of creating and improving my music.

“For the Spring Summer 2021 collection, we decided to go back to our roots, and dig deep within ourselves – and to find inspiration in our beautiful surroundings. The Samsøe Samsøe HQ has had its base in Nørrebro – one of the most multicultural neighborhoods of Denmark – for more than 25 years. Therefore, we decided to honor this by making a new concept based on the ’real Nørrebro’. ’Local Love’ tells a story of real people, doing real things. And the movie and imagery showcases just that; their stories and connection to Nørrebro – which shows us just how multifaceted and diverse this neighborhood really is. Raw. Honest. Inclusive. These are the values Samsøe Samsøe is ensuring to nourish, through ’Local Love’, and going forward.” Gitte Witter – head of Menswear (and overall design and synergy between Women’s and Men’s collection for this season, as we’re looking for a new head of Womenswear to join our team.)