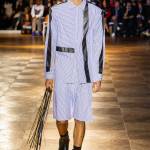 From 7 October, the Conservatorium Hotel celebrates with the Van Gogh Museum the exhibition not to be missed by fans: Golden Boy Gustav Klimt. Inspired by Van Gogh, Rodin, Matisse…
Located in the heart of Amsterdam’s museum district, the Conservatorium hotel is the perfect base for an exploration of Klimt’s life and work and his many sources of inspiration. As good neighbours, Taiko Cuisine & Bar will pay a three-part culinary tribute to this fascinating painter from 7 to 23 October, welcoming guests to culinary and artistic delights in the spirit of Klimt.

Inspired by Klimt’s use of gold, bar manager Marios Ragkavis created a dazzling gin cocktail with a golden tincture: the Golden Treasure. He translated the warm colours in Klimt’s work into flavours such as roasted almond, passion fruit, bergamot, lime and grapefruit. Each Golden Treasure cocktail is accompanied by a card featuring a sketch by Roy Tomassen, the hotel’s general manager and artist.

Besides the cocktail, the culinary tribute consists of a savoury dish by Hugo Engels, Taiko’s classically French-trained sous chef. Engels created the Tree of Life, a black Taiko-style bao bun painted with copper and gold tones, filled with umeboshi plum, duck and sansho pepper and served with a gold-studded Sichuan Tree-of-Life biscuit and fresh edible flowers.

One of Klimt’s most famous works is his painting of Judith. Judith was inspired by the Jewish woman of the same name from the Bible who cut off Holofernes’ head to end the siege of her city. Klimt places Judith in his own time and depicts her as a modern, confident woman dealing with male aggression. It is this world-famous work that pastry chef Maikel Vet had in mind when he created a sweet dish in which, inspired by Klimt’s shapes and patterns, he incorporated subtle and elegant flavours such as almond and dark chocolate.

This three-part culinary tribute to Klimt and his inspirations costs €50 per person and is available at Taiko Bar from Wednesday to Sunday from 5 pm to 10 pm, from 7 to 23 October.

IN CONVERSATION WITH KYLA PRATT