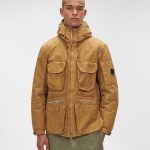 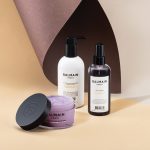 Comme des Garçons, the avant-garde fashion label founded by Rei Kawakubo in 1969, has been a staple in the industry since its inception. Best known for its eclectic creations that would best be described as a combination of genius craftmanship and unconventional design, in recent years the brand has also received critical acclaim for their fine fragrance collection, spawning a range of equally untraditional but refined scents. Following the success of fragrances like ‘Concrete’ and ‘Copper’, the French-Japanese Maison has now released a brand new Eau de Parfum called ‘Zero’. Described as ‘a radical expression of simplicity’, the scent itself balances accents like cedarwood and bergamot with rose and vetiver, while the production of the fragrance is claimed to be carbon neutral.

“ZERO is a radical expression of simplicity. A reset. The origin of a new perspective: the antithesis of excess. An exploration of freedom found within purposeful parameters. Carbon neutrality embraced as a formative concept; the foundational motif of a fragrance. Every element shaped by reduction. The clarity of restraint.

Fewer ingredients: a shorter formula, meticulously assembled. At once in line with the Comme des Garçons fragrance philosophy and the preservation of resources. Rich, natural cedarwood – hand-harvested and extracted using hydroelectric power – enlivened by a fresh breeze of Bergamot. The raw seduction of musk and equitably-sourced Haitian vetiver patchworked against illusory beauty: an overdose of synthetic rose, a varnish accord. A subversive harmony of dichotomies. An untraceable wood.

Through the lens of Samuel de Saboia, a return to ground zero: the elemental perceived as a portal to divinity. Unearthing a connection between physical and spiritual planes.

A fundamental step, a statement of intent explored through the shape of perfume. A conscious celebration of our connection to the earth, demonstrated through action.”

Comme des Garçons and ‘Zero’ are available in-store at Skins Cosmetics, de Bijenkorf, and at selected retailers in-store and online.