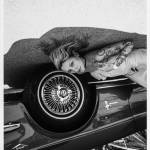 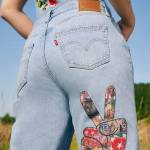 After several years of enforced inactivity, Cirque du Soleil is finally returning to Europe with the spectacular and groundbreaking ice experience CRYSTAL. The show, which has never before been performed in The Netherlands, will run six times in Rotterdam Ahoy from Thursday 22 September 2022. Tickets for CRYSTAL are available via Ticketmaster.nl

CRYSTAL is the 42nd creation of Cirque du Soleil. In it, the Canadian company explores the artistic possibilities of ice for the first time. The unique combination of unparalleled skating, breathtaking acrobatics, original music and the stunning scenery and visuals for which Cirque du Soleil is renowned creates a spectacular show unlike any other. CRYSTAL debuted in the United States in recent months. The reviews were nothing short of staggering. “Two hours of jaw-dropping, smile- inducing fantasy,” said WBUR in Boston. “Breathtaking visuals (…) like a painting come to life”, Niagara Falls Review writes. “Icy perfection.”

The production is now on its way to Europe. In the Netherlands, six shows at Rotterdam Ahoy are scheduled in September. “We are absolutely thrilled to finally be back on tour with CRYSTAL,” stated Mike Newquist, President at Touring Shows Division of Cirque du Soleil. “With this show, we had to wait two years for our performers to put on their skates and experience the joy of the audience again. It is an emotional and magical return.”

In this new creation from Cirque du Soleil, the company takes their signature acrobatic style into unknown territory; the ice rink. As they explore the essence of what ice skating can be, the boundaries between ice skating and circus arts blur before the audience’s eyes.

CRYSTAL is performed by a world-class international cast of eleven different nationalities. Art, stunt and freestyle skaters, acrobats, musicians and a comic character enter their new frozen playground at high speed. They defy the laws of gravity in breathtaking fashion with never-before-seen acrobatics.

Follow the exciting story of self-discovery around main character Crystal, who gets lost in the world of her own imagination. She is uncomfortable and feels misunderstood. In an attempt to escape daily reality, she ventures onto a frozen pond. When she falls through the ice, she ends up in an upside-down world that shows her a reflection of herself. This (self)reflection leads her through this new underwater world and fuels her creativity and self-confidence. As Crystal continues her journey, she finds the strength to travel back to reality as reborn.

IN CONVERSATION WITH PARIS JACKSON