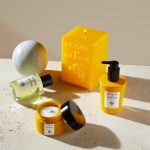 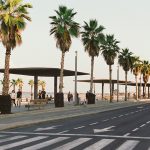 Two-star restaurant Ciel Bleu has been included in the Restaurant Ikarus programme in April 2020. Restaurant Ikarus is situated in the striking location of Hangar-7 at Salzburg Airport. Under the leadership of Patron Eckart Witzigmann and Executive Chef Martin Klein, each month this prestigious restaurant invites the best chefs from around the world to take the helm as guest chefs. Chefs Onno Kokmeijer and Arjan Speelman will have the honour of doing this in April 2020. For the entire month of April, the Ikarus kitchen brigade will prepare the dishes devised by the chefs duo from Amsterdam.

The ambitious Ikarus concept, with a different chef invited to put together a menu each month, was launched in 2003. Since then, famous guest chefs from all over the world have provided a different monthly menu in Restaurant Ikarus. Very few Dutch chefs have preceded Onno Kokmeijer and Arjan Speelman, and working with Restaurant Ikarus is now on the wish list of many of the world’s leading chefs.

Onno Kokmeijer, Executive Chef and Manager of Ciel Bleu Restaurant: “Arjan and I are honoured to be part of this programme and to represent Ciel Bleu in this pioneering restaurant. Martin visited Amsterdam in early February, to get an idea of how to reproduce our style and our dishes in Salzburg. We have a lot of respect and admiration for each other’s work and we can’t wait to serve our menu in April.”

On 1 April, Onno and Arjan will present Ciel Bleu’s menu in Salzburg, after which Martin’s expert team will prepare the dishes for the rest of the month.

Barbiere hair and styling is now complete with 6 new formulas.