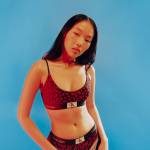 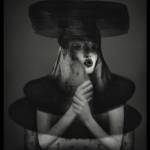 Christian Wijnants is the new artistic director of Maison Ullens, the Belgian luxury label of philanthropist and baroness Myriam Ullens.

Christian Wijnants takes on the role of creative director at the Belgian fashion house founded by baroness and philanthropist Myriam Ullens in late 2012. The Brussels-based label excels in quirky luxury of the very highest quality, a vision that resonates strongly with Christian’s take on fashion.

Over the years, Maison Ullens has become an established yet understated value among fashion connoisseurs of the luxury segment. In addition to the deep-rooted craftsmanship and unpretentious luxury design nature so typical of the brand, Maison Ullens owes that stamp to acclaimed collaborations with the likes of Véronique Leroy and Haider Ackermann. Today, the torch is passed to Christian Wijnants.

Christian Wijnants graduated from the Royal Academy of Fine Arts in Antwerp in 2000. His graduation collection won the Dries Van Noten Award and was awarded the Grand Prix at the prestigious Festival d’Hyères.

After making his mark with Dries Van Noten and Angelo Tarlazzi, Christian launched his eponymous label in 2003. His feminine, poetic collections are available in luxury department stores and boutiques around the world. Christian Wijnants has been awarded several prestigious prizes over the years, such as the Swiss Textiles Award (2005), the ANDAM Fashion Award (2006) and the International Woolmark Prize (2013).

In addition to his own label, he will now also design for the Brussels-based luxury label specialising in knitwear and leather goods. Autumn-Winter 23-24 will be his first collection, available from mid-July 2023.