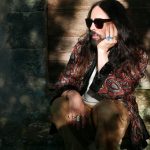 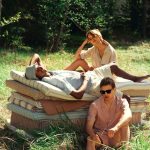 Widely regarded as a pioneering act in the world of fashion, the Nudes collection has always embodied the ever-present idea of diversity in Christian Louboutin’s designs. For the designer, Nude isn’t just a colour – it’s a concept. Originally launched in 2013 with five shades, the collection has steadily evolved into something much bigger, becoming an ode to inclusivity, regardless of gender, and a core part of the Maison’s values.

“The Nudes shoe doesn’t dress the leg but continues to undress it. The shoe disappears in favor of the silhouette of the leg, like an illusion. The leg is no longer wearing a shoe: it simply dissolves into a shoe and that’s what gives it its radiance.” -Christian Louboutin

From five shades to eight, the Nudes family is now bigger than ever, with Spring-Summer 2020 introducing new styles for women and for the first time ever, a selection of men’s pieces, including two unisex models. Designed to make the perfect companion for this year’s summer adventures, the first is the Pool Stud, its thick rubber soles and signature studs ideal for pool-side lounging. Back in the city, the Louis Jr low top sneaker keeps things chic with its pared back lines and sleek contours. Over on women’s, the Cheeky Point booty is sure to win hearts over with a mesh upper, patent toe cap and dainty bow, its ladylike appeal an elegant twist on the Nudes theme.

No collection would be complete without a range of bags for stashing those all-important essentials, and this year there’s something for everyone. Designed for both the masculine and the feminine wardrobe, you can always count on the Nude LoubiLab bag to provide style on-the-go with its signature studs and contrasting Louboutin red body strap. Broadening the offer further, three of the Maison’s most iconic women’s styles including the Elisa, have also been given the Nudes treatment.

Launching exclusively online worldwide from May 27th , the Nudes collection will be available on Christian Louboutin’s European and US online boutiques, as well as in the new boutique opening in mid-July in rue Saint-Honoré, in Paris. And believe us when we say, everyone will be welcome!

Notes from the silence by Alessandro Michele