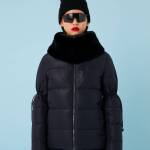 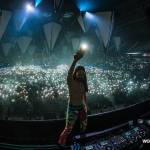 Chloé is returning to Paris Photo, taking place between 10-13 November 2022, this time to present an exhibition of American photographer Leigh Johnson’s work. Johnson is the latest subject of Chloé Curates, an initiative launched in June, which sees the Maison and its creative director Gabriela Hearst spotlight the work of inspiring women artists across its digital channels and now, at Paris Photo, through physical gallery shows.

Johnson is drawn to the private lives of others. Whether that be two people in the street fighting or kissing, a father and daughter holding hands, or a discarded mattress on the pavement, when displayed publicly, Johnson’s intimate observations become performance pieces. What is left behind or discarded has a history, and to focus on it is to focus on the lost or fleeting emotions which enlivened its narrative.

Johnson’s visual thesaurus is a mix between a diary of street life and the development of the series. With diverse material, honest framing and a fierce focus on the subject, Johnson binds together her works through the use of her poetry. Her photographic exhibitions have often taken the shape of a constellation of images arranged to follow a poem which is fragmented into a myriad of titles, one for each image. This amalgamation of words and images also reappears in some of the video works, merging narration and image collection into a mesmerising kaleidoscope for the senses.

Johnson’s exhibition builds on the partnership between Chloé and Paris Photo, after the Maison made its debut at the 24th edition of the annual photography fair in 2021 with an exhibition of Zoe Ghertner’s photographs entitled Made You Vanish.