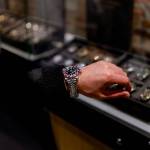 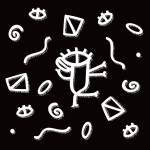 A haunted film, full of narratives, Alain Resnais’ Last Year in Marienbad (1961) is an artistic revolution driven by a sophisticated allure, developed by Gabrielle Chanel around the idea, central to her, of freedom of movement.

“The films we have seen, those that possess us and those we invent for ourselves, Marienbad, the Nouvelle Vague, the allure according to Gabrielle Chanel, Karl, the night, feathers, sequins, heels: I like it when things get mixed up,” observes Virginie Viard.

Bows, boas, rhinestone boots, jersey worked like scales, white jacket with sequins, deconstructed prints, pastel tweeds; gold dress in velvet panne, side slit black dress, flowing over the body; in lace, like a flower, or in light chiffon: the CHANEL Spring-Summer 2023 Ready-to-Wear collection is a collage. Imagined by Virginie Viard as a free stroll through fragments, it exposes an imaginary world confronted with itself, offering variations on the theme of allure.

Kristen Stewart is its most faithful incarnation.

“Whether it’s her, or the other women I dress, I need to feel that they like the clothes anyway. But, of the people around me, she is the closest to Gabrielle Chanel, at least to my idea of her. She understands CHANEL, its clothes. And with her, it becomes even more modern. This collection, it’s also her.”