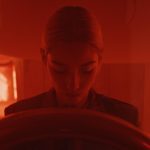 Actresses, CHANEL ambassadors and icons of their generation, Lily-Rose Depp, Margaret Qualley and Whitney Peak are the heroines of the new CHANEL 22 bag campaign. Presented for the first time at the Spring-Summer 2022 Ready-to-Wear show, the latest CHANEL bag is featured in a series of photos and films directed by Inez & Vinoodh.

From Los Angeles and Montana to New York, Lily-Rose Depp, Margaret Qualley and Whitney Peak evolve within three singular visual universes, scripted like veritable summaries of their own personalities.

The photos from the campaign will start being unveiled from March 21st and the films from April 6th.

Presenting TORRES BLANCAS, A FASHION FILM that DISSECTS WHAT BEAUTY MEANS IN OUR TIMES