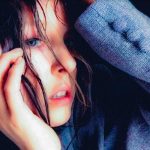 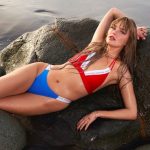 With its distinctive codes and extraordinary design, the Pasha watch has always been for those who take a wider view of the world. This breadth of vision is shared by a new generation of talents who have cultivated their own uniqueness, like Maisie Williams, the English actress involved in various collaborative projects, or actor Rami Malek who is drawn to complex and captivating roles that don’t conform to Hollywood’s traditional standards. Personalities like the artists Troye Sivan or Willow Smith who rely on courage to assert themselves and have faith in their creativity and versatility; or in the desire to unite and connect young people, as shown by the success of the Chinese singer Jackson Wang.

“Since its creation in the 1980s, the Pasha watch has embodied a certain idea of success directly linked to its extroverted design, power and graphic nonconformism. It is as edgy as ever and in tune with today's new generation of creators. These new Pasha ambassadors owe their success to their differences, creativity, connection, multidisciplinary talents and generosity.” Arnaud Carrez, International Marketing and Communications Director of Cartier International

The Pasha de Cartier watch launches in China on 1st July and 4th September around the world. Available in 35 mm and 41 mm in steel, gold, vibrant diamond-set and skeleton movement versions.

At home with Allie X