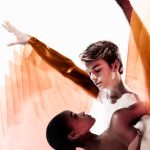 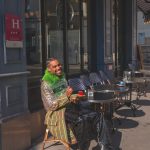 CARTIER CELEBRATES BEAUTES DU MONDE IN MADRID, AT THE GARDENS OF THE PALACIO DE LIRIA

Observing the beauty of the world in all its forms, in order to better share it – this was the theme of an exceptional reception held on June 14th to celebrate Cartier’s new High Jewellery collection, Beautés du Monde.

For the evening, the prestigious Palacio de Liria was transformed into a sumptuous backdrop. This place of art and history, dating from the 18th century, is the residence of the XIX Duke of Alba, one of Spain’s most preeminent families and it added its rich history and splendour to the various interpretations of beauty created for this new collection.

Following a visit of the property, the guests attended the Haute Couture show of the Maison lvarno, created by the designers Arnaud Maillard and Alvaro Castejon.

The dinner, opened by Cyrille Vigneron, President and CEO of Cartier, was created by Spanish chef Jesús Sánchez, who holds three Michelin stars. This was followed by a performance from choreographer Blanca Li, and a concert by Black Eyed Peas that continued into the early hours.

IN CONVERSATION WITH REESE LAFLARE