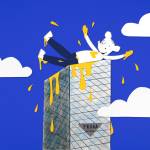 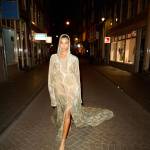 Initiated in 2021, Cartier’s official partnership with the Venice International Film Festival – Biennale Cinema 2022 is part of the Maison’s cultural commitments in favor of the arts, and more particularly cinema. Through this choice, Cartier demonstrates its sensitivity to contemporary creation and to today’s film industry.

The history of Cartier is intimately linked to that of the arts, particularly cinema. In 1926, the Maison appeared on the screen in the film The Son of the Sheik, by G. Fitzmaurice, with the title role by actor Rudolph Valentino. He was the one who convinced the director to let him wear his Tank watch.

Others followed, and the legend was written. In Paris, in 1946, Jean Cocteau called on Cartier to make Josette Day cry diamond tears in Beauty and the Beast. In Hollywood, in 1950, Gloria Swanson lit up the screen in Sunset Boulevard by B. Wilder, adorned with two spectacular diamond and rock crystal bracelets.

Film after film, the stories intertwine, those of Cartier and of its customers, whether it is Grace Kelly who wears, for her last screen appearance in High Society, the ring that Prince Rainier gave her. Or the Mexican actress María Félix, known for her extravagant style, dressed in a landmark crocodile necklace.

Some of these jewelled testimonials are now part of the Cartier Collection and will be exhibited in Venice from 30th August to 11th September, on the occasion of the Venice International Film Festival – Biennale Cinema 2022. Created in 1983, the Cartier Collection is made up of approximately 3,500 pieces dating from the 1860s to the 2000s and constitutes a unique testimony to the history of the Maison’s style and creativity. This pioneering collection has since been hosted by more than thirty renowned institutions around the world for major monographic exhibitions.

PRADA PRESENTS THE EXHIBITION “WHO THE BÆR” BY SIMON FUJIWARA