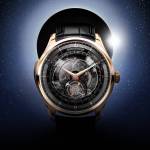 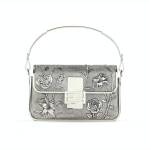 Secret Project presents Carl Cox Hybrid Live. The event will take place on August 19th, 2023, at the Hembrugterrein. Carl Cox will perform his HYBRID live set as well as support acts DIØN, DJ Rush, DYEN, TRYM and several others.
This festival will be the legendary artist’s only appearance on the Dutch festival scene in the summer of 2023.

Carl Cox recently reconfigured his performances into a hybrid device, (re)creating music on the fly in a way he has never done before. This new configuration will be implemented by Insomniac’s Secret Project Festival, exclusively in Amsterdam.
The festival will focus on a single stage, showcasing the iconic headlining artist.
The Secret Project Festival is renowned for its stage designs and the integration of contemporary artworks into its sites. Secret Project will bring its expertise to the production of the show and Carl Cox will be the genesis of a performing renaissance. This live show is set to be one of the most talked about events of the summer.

JAEGER-LECOULTRE BRINGS THE STELLAR ODYSSEY TO DUBAI IN FEBRUARY 2023