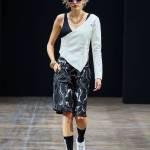 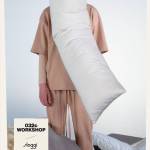 CARHARTT WIP HAS COLLABORATED WITH THE JAPANESE POLYMATH KUNICHI NOMURA

For Fall/Winter 2022, Carhartt WIP has collaborated with the Japanese polymath Kunichi Nomura on a two-piece capsule collection, presented in three different colorways.

Consisting of a jacket and pant, the styles draw from recognizable Carhartt WIP silhouettes and combine them with a refined, tailored edge. Both garments have a distinct duality, described by Nomura as “Yin and yang. Night and day. S&M. Work and play.”

As such, the Kunichi Michigan Blazer is inspired by a traditional chore coat with four utilitarian patch pockets, but also features a two-way corduroy collar and a notched lapel. The corresponding Kunichi Chino Pant, meanwhile, has been created in a relaxed fit that tapers subtly below the knee, and features tool pocket detailing. “My aim when making this jacket and pant was [thinking], how I can work then play within a day, within an hour, without changing my outfit,” adds Nomura. All items are executed in a cotton twill fabric and offered in blue, black and flour.

A well-traveled modern-day renaissance man, Nomura was initially known for his work as a writer and editor, contributing to a variety of Japanese fashion and lifestyle magazines, as well as his own imprint, Sputnik. He went on to found Tripster Inc. In 2004, a design company specializing in interiors, from restaurants to retail spaces.

Nomura has also produced music events, been a DJ and radio host, and dabbled in acting. His long-standing relationship with director Wes Anderson saw him credited as a co-writer of the 2018 animated film Isle of Dogs. But listing his various career milestones doesn’t quite do justice to Nomura’s natural curiosity and unique gravitational pull. The two items in this collection mirror his lifestyle, in which there is a dissolution of the boundaries between work and play, which allows one to be continually nourished by the other.

The accompanying images for this collaboration were shot by Seiya Fujii, with a cast drawn from Nomura’s circle of friends and collaborators.