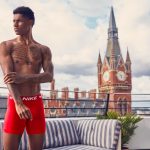 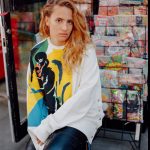 Cao Fei’s latest artwork—a multi-media installation commissioned by Audemars Piguet Contemporary—premieres in Shanghai this week, at West Bund Art & Design, where it is on view to the public for the duration of the fair (11– 15 November). The piece, titled Isle of Instability, is the artist’s first large-scale installation to be exhibited since the start of the pandemic and responds at a personal level to the artist's time living in isolation with her family in Singapore, precipitated by Covid-19.

Cao Fei has risen to global renown in the past two decades. Her practice includes film, digital media, photography, sculpture, installation, drawing and performance and captures her fascination with humanity and a response to the rapid technological developments experienced this century. The artist deals with themes of anticipation and questions the possible collapse of our future while proposing an escape, or a solution, through the potential of humanity: its dreams, imagination, creativity and the individual in relation to the collective.

Audemars Piguet Contemporary was engaged in developing a Studio Audemars Piguet artwork with Cao Fei well before the onset of Covid-19. In October 2019, Cao Fei visited the home of the brand, in Le Brassus, Switzerland, to finalise plans for the initial artwork. As worldwide cases of the virus grew, Cao Fei and her family found themselves in Singapore unable to return to their home in Beijing due to international travel restrictions. Together, Cao Fei and the Audemars Piguet Contemporary team agreed on a new subject matter for the art commission.

Isle of Instability was imagined and produced in the artist’s apartment in Singapore, which became amakeshift studio during the ten months that she lived there with her family, away from her home, studio and day-to-day habits in Beijing. Reminiscent of the artist’s early low-tech DIY artworks, the multi- media installation is based on a documentary study conducted by the artist during quarantine. Itexplores the psychological and physical implications that lockdown had on the artist, her family and humanity.

Isle of Instability comprises a two-room installation that visitors can walk through and experience at their own pace. The visitor first enters a room which resembles a commercial art gallery. Humour is imbued into the space, which presents minimalist objects that were collected during the artist’s time inquarantine as objets d’art, including plastic bags for the family’s subsistence, bread tags, bottles of sanitiser, toilet paper rolls and airplane tickets from their eventual return trip to China. The second room—a home setting—presents viewers with a replica of the artist and her family’s immediatesurroundings during quarantine, including photography, texts and drawings related to her experience of the global pandemic and the new habits she formed along the way. Two video installations are shown here. Lighthouse presents visitors with the views that Cao Fei saw from the balcony of her apartment, a lighthouse in a city far from home and normality. Outlying Island, explores the idea of escapism in a new reality through an “island” which the artist constructed for her daughter (who assisted throughout the development of the artwork) in the middle of their living room.

Through the mix of public and private, echoing both the nearby art fair booths and the privacy of one’shome, Isle of Instability explores the synergy and conflict that lies between these two realms. The artwork is presented at a time when the notion of the indoor and the outdoor, the private and the public, is being reimagined on a global scale. It addresses the question of how one can continue to exist in spite of limitations caused by the global pandemic. By proposing a shared experience via her own personal testimony, Cao Fei offers solace to the visiting public and the opportunity to converse about the ways in which humanity deals with uncertainty.