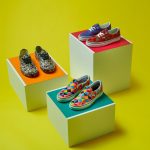 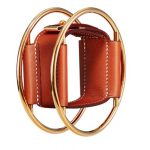 Calvin Klein launched their latest campaign ‘one future’ as part of #ckone. The campaign features young and powerful voices. For over 25 years, ck one has embodied youth culture. It all started 25 years ago with the unisex fragrance. In its latest brand campaign, one future #ckone, Calvin Klein curates powerful young voices captured by a vanguard of photographers. Shot against the backdrop of their hometowns, eleven individuals are captured in their everyday environments, speaking to their individual experiences, perspectives, and hopes. They are the voices of a generation united by one future. The dedicated platform Calvin Klein created celebrates expression and individuality.

CK ONE is giving a platform to young talents who are expressing their personal stories with the campaign, which is something we connect to easily and stand behind fully. We  find it very inspiring. You can read more about the featured youth  as well as see the images of all of them bellow. The campaign is truly something that stands out to us, especially in the current difficult times.

"We all have our own path and we create our own story. Make sure to be proud of who you  are and use your voice, even if told otherwise. Self-expression and individuality are very important." – Timotej Letonja

A native of Long Beach, California, Toni Bravo is a multifaceted creator with a passion for storytelling and depicting diverse points of view. Roller-skating has greatly impacted her life by giving her a sense of community. She also loves music, drawing and reselling vintage clothing. Toni is currently studying Film.

“Something I would like to change in the world would be perspective.”

Born and raised in Crowheart, Wyoming, Jace Mitchel is a rancher who bought his first cattle at 16. He is passionate about his work on the ranch and his small rural community. He wants the ranching community to be preserved so his daughter can continue to experience it as she grows. Working with animals has taught him patience.

“Everyone’s story is different than yours.” –Jace

Lex Bautista likes to sing and play the violin. They were born in California but has lived in El Paso since they were three. Lex is highly involved in the local community and is passionate about LGBTQIA+ issues as well as immigration as El Paso is a border city.

“Don't be afraid to change your mind. It doesn't make you any less of what you were before. If anything, you're growing as a person.”

Born and raised in Coral Springs, Florida, Chris Gomez was greatly impacted by the Stoneman Douglas High School shooting. Since then, he and his friends have been much more involved politically.

“We’ve been promised a better future for a long time. We want something more.”

Born and raised in Los Angeles, Jawn Davis spent most of his life in Compton. He has a passion for skateboarding and would love to make it a career. He also enjoys creating music, bringing his artistic visions to life through his various creative outlets such as painting and repurposing thrifted clothes with embroidery for his friends.

“I feel like now everyone is more aware of what is really going on.”

Ting Tai grew up in Memphis, Tennessee before moving to Baltimore where she has lived for the past 13 years with her family. Ting is Asian-American/Malaysian-Chinese and is passionate about increasing representation of marginalized groups. She also enjoys art and photography and is currently in her sophomore year at Howard Community College where she is studying environmental science.

“If I had seen more representation growing up, it would have helped me to be more comfortable with who I am today and get to where I am now faster.”

Juan Paul was born in Mexico and migrated to Modesto, California where he was raised. Juan became a DACA recipient at age 16 and moved to El Paso, Texas a year ago to pursue his dreams of becoming a filmmaker. He is currently working at a call center to support himself while working on film projects and learning from various directors in the El Paso film community. He wants to continue writing and directing projects inspired by real people and experiences.