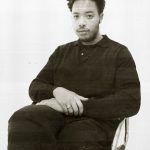 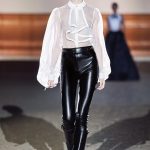 “Calm during a storm”. In conversation with Toto Blaauw

If, as a young artist, you get to hold your first group exhibition at the Tate Modern in London, the expectations are very high. Especially when he dropped out of school at the Willem de Kooning Academy shortly before. During art school he did graduate from his propaedeutic year, what gave him the confidence to drop out.

With his contemporary work he managed to find his purpose and build a community around him. The corona era is a strange time for everyone, but Toto mainly uses it to dive deeper into his art and is more committed than ever.

While conducting this interview we realized that there will probably no longer be a pre Covid world. We have to get used to our new existence and that is intense. Life literally runs through a screen now. "For Toto, the year 2020 passed very quickly and he experienced it as monotonous: "I mainly observed and adapted on the situation so that I could convert it all into new work.

People's behaviour has also changed a lot. We now deal with each other very consciously, everything goes faster and has to be planned, nothing is spontaneous or personal anymore. Although a lot of people became more conscious of their blessings and practicing gratitude. "You don’t know what you got until its gone right.” But the bigger question is: What are we doing to make things better?"

Toto has always been inspired by his environment because imagination and the love to create were there early on.

The Amsterdam-based artist, has an Indonesian mother and a Dutch father. His  upbringing learned him about various art, music and culture. He started drawing his own characters in imaginary worlds at a very young age. Inspired by his drawings from his grandparents, cartoons and MTV in the mid 90s.

Much later in art school, Toto began to take everything a little more seriously and discovered the power of good art. On school trips to the Art Biennale in Venice and Documenta in Kasselhe felt a strong curiosity and urge to participate in this world.It’s a dream of mine to participate in one of these large art events in the near future.

For Toto, art has no rules and he feels free to make whatever he wants."My work comes from a place where love, responsibility and cultural background play an important role. I would describe it as a visual language that continues to develop and tries to touch the viewer by any means.  "The young artist is known for his mix with old and new techniques and materials. He uses humour and symbolism to give balance on the harsh realities of society, culture and race.

Duality is a concept that is often used in the characters, symbols and language of his work. It is his way of conveying what is going on in his head. His work should above all radiate tranquillity. "I feel that the world is getting busier due digitalization, performance pressure and inequality. I think humans need a moment of calmness. I try to address this need with my work. With one of my designs, Paradise, I take you back to the beginning; the creation of the earth. Around the work I made a grid that represents a kind of time machine. This allows you to look back from the present to a period of purity and calmness. A state of being free from all the noise.

Lately it has been a period of awareness for Toto. "Before Covid, I was very busy with new work and deadlines. But because we were forced to sit at home and a number of projects were cancelled, I was forced to rest. "It turned out to be a moment of reflection and good for the state of mind, but after 8 months the situation started to really feel unnatural. "This pandemic feels like a transition period, in which we need to stay mentally healthy and strong. But also need to look at ourselves as humans and make bigger and better decisions for the future.

Even though I felt a lot of frustration, It has made me stronger and focus on the goals I want to achieve. "Even though, like the rest of the world, he is undergoing a change; its purpose remains the same. "I have created my own visual language. The observant viewer often sees the specific "eyes" reflected in my work. The meaning of these eyes depend on the context. But generally reflect the motives of human nature. Every human-being is addicted, hypnotized or obsessed with something, this can be positive or negative. Another example is consciousness of the human-being, who sometimes does not realize what is really happening around him or her?

Toto has an eclectic mix of influences for his work drawing inspiration from music, books, film, architecture and conversations. The way he does research is very detailed and specific, his brain knows exactly what part of the information he loves and should take.Research is a big part of Toto’s working proces and it gives his work way more layering and depth.

He finds it interesting how Solange Knowles, Jean-Michel Basquiat, Shawn Stüssy, James Turrell and Mark Gonzales think. Their work mentality is also something he can appreciate, the work is about and for the people. Work ethics and passion are very important in our industry, you have to want to work hard because its hard especially in the current zeitgeist."

Maybe there is a lot of chaos in the world now and everything feels different, but Toto still sees the future optimistic, he has to. "I really envision a healthy future for human beings on earth and I already started to visualize this new world. “Currently I’m working on new creations and collaborative projects and undoubtedly contribute to positive changes.

Toto Blaauw will launch new work in 2021 during his new solo exhibition: “Hello New World”. That will be opening spring, more information on the location will come out soon.Follow the Numéro Netherlands site and Toto Blaauw with exact dates and the location of the exhibition.

In conversation with Cero Ismael