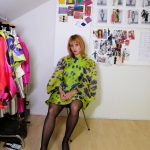 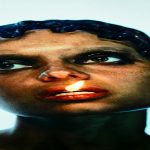 California Dream, the new creation by Jacques Cavallier Belletrud, is an olfactory marvel. The Master Perfumer gave himself no less a challenge than to capture the resonance of a sunset. Seizing the incandescence of the sun’s last rays, glorifying their seemingly in nite shades of pink and, nally, recasting the serenity of summer’s blue, evening sky.

There’s always that contrast of how to blend explosive freshness with softer notes that will allow the paradox to express itself fully on the skin. The mandarin has as many facets as the sky at sundown. There’s citrus, but also a oral aspect in addition to the pleasure of the fruit. It creates a horizon that musks elongate with warmth. Ambrette has accents of moist earth and pear. Benzoin has a soft, crackling heat. It’s the last light of day that heralds the delights of the night to come.

California Dream harmonises with the polychromatic marvel of a setting sun. It corresponds with the day’s last moments, in the same melodious polyphony of chords. As ardent as the star that sinks below the horizon, mandarin has the incisive energy of its fruity and oral charms. While it is consumed by joyfulness, the musks of diaphanous ambrette extend its subtle warmth. And the evening gets underway as graceful, vanilla-tinged benzoin envelops the skin in an a ectionate balm, as light as a summer night.

In conversation with Lieselot Elzinga