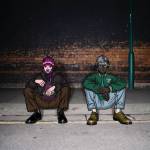 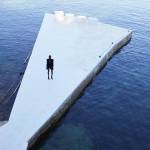 C.P. Company unveils the FW022 campaign. Continuing the project developed for its 50th anniversary, C.P. Company has chosen to photograph six people – coming from different backgrounds – for whom wearing, buying, selling, studying C.P. Company has intersected with experiences of cultural interest. Photographed by the talented Neil Bedford, the casting features people very different from each other in cultural backgrounds, age, gender and interests. For FW022 season six people interpret seasonal looks with their personal style, representing the C.P. Company’s unique ability to use the materiality of clothing, to interact with social ferment and innovation. Everyone’s experiences, stories and visions reflect and intertwine in the brand’s clothes and accessories. Among the faces of the campaign, which celebrates the alchemy between the brand and its community, Gué, a cornerstone of Italian hip hop scenario and Francois Girbaud, is a living legend of what is today known as streetwear.

François Girbaud is a living legend of what is today known as streetwear, an informal approach to functional clothing that he pioneered throughout the 70s, 80s and 90s. His approach, together with his wife Marithé, to workwear and to denim in particular, is of the same historical importance as that of C.P. Company with regard to military uniforms and outdoorswear. Girbaud and Osti’s paths crossed over and over again throughout the 1980s as they shared and “fought over” suppliers, techniques, factories and ideas in Emilia Romagna, Italy.

Today Girbaud, 76-years old is as volcanically creative as ever, erupting not just with garment designs but entire manufacturing and retail concepts that he is anxious to put into action.

In his portrait Francois wears the new removable liner Flatt Nylon Parka, with precise military references, combined with a pair of Native American mocassins – custom designed by Girbaud with the artist Scott Bold in Santa Fé in early 1980s and inspired by Comanche high-top mocassins as well as biker dragon tattoos – andean woolen balaclava masks from Cusco, Peru and a pair of trousers that combine contemporary techniques such as fused seams and laser cutting with a hand-made approach.

Alina Akbar is a filmmaker and activist from Rochdale, Greater Manchester. Born in a family of fourth-generation Pakistani immigrants who have always called Manchester «home», her work explores her working-class background, cultural history and identity. For Alina, C.P. Company has strong cultural resonance and personal significance. “Growing up,” she explains “the women I was surrounded by, my mum, my grandmother, my aunts, were all dressing quite traditionally. And, at the time, that wasn’t cool to me – nor did it suit my lifestyle – so I’d look to the men in my family”.

“My dad was wearing a Mille Miglia jacket, and my uncle was always going around with the Goggle beanie on. So, I started dressing like them instead.”

As Alina began researching and purchasing more and more interesting pieces by the brand, conversations about fabric innovation and garment durability became more and more common in her household, as the family’s history being closed linked to textile development, both in the Manchester Mills and Faisalabad cloth industry in Pakistan.

For Alina’s father, Mohammed, with whom she has been photographed, C.P. Company was a “street thing”: a brand and style that he first simply noticed other people wearing on the street in his area and to whose broader U.K. cultural connotations he tuned much after having bought and appreciated his first pieces for their quality and suitability to the local climate. For their portraits father and daughter chose to wear C.P. Company in their typical way: for Mohammed, a hard-wearing, technical and discrete C.P. Company Metropolis series jacket – made from an updated iteration of the legendary Dynatec fabric – worn along with black jeans and sneakers. Alina, on the other hand, wears a more attention-grabbing, translucent nylon Kan-D puffer jacket with her signature technical trousers and luxury Italian sneakers.

Gué is a cornerstone of Italian hip hop. Born in Milan, he has travelled the world both for work and pleasure, giving him the opportunity to experience firsthand the big global trends in music and fashion, another of his passions. “Although it didn’t start out as a streetwear brand in the strictest sense, C.P. Company is one of the most popular brands among connoisseurs. It’s a cult street brand”, explains Gué, who has always been a big fan.

The reworking of seemingly humble garments (workwear, sportswear, military clothing) into highly innovative pieces through research, a focus on materials and attention to every last detail is a perfect parallel with hip hop tradition: creating with what is available to you, starting at the bottom and aiming for the top.

Linus, 21 years-old and hailing from Bristol, currently lives in London where in 2019. Whilst studying Fashion Sportswear Design at the London College of Fashion, he founded “Server Shop”, a platform for selling and telling the story behind lesser-known models from sportswear brands that could still be acquired at affordable prices.

The website quickly developed a cult-following that further exploded when Linus began taking beautiful, but unwearable, sneaker finds to the Vibram academy to be resolved, creating unusually striking hybrids of athletic uppers and rugged outdoor soles.

Linus has worn C.P. Company consistently since his late teens. At his secondary school the brand was worn exclusively by football fans and their parents. Having no interest in football, Linus ignored the brand until joinining at the age of 14, the legendary UK subcultural style Facebook group “Wavey Garms” where he encountered an entirely different approach to C.P. Company, in which the brand was mixed together with a very different set of aesthetics and references derived from the worlds of graffiti and raving. Discovering this cultural side to the brand led Linus to buy his first pieces.

Today he continues to wear C.P.  Company daily. “It’s so easily wearable,” he explains, “the fit is always nice, the detail is always there, and the fabric choice and quality are always interesting.” “The more you wear it,” he adds “the more you learn about Massimo Osti and the origins of the brand the more you start to feel proud of wearing it. Because it represents a pioneer and pioneering attitude.”

Marvin Miller is a 17-year-old boy living with his parents in the sleepy rural German town of Ilsfeld with an extraordinary and eclectic passion for fashion. For him, fashion is a creative tool for the exploration of identity and feelings and a way to share these with others. He first came across C.P. Company somewhere in the depths of cult Japanese website Sabukaru, or perhaps – he cannot remember exactly – on an instagram post by the website’s founder Adrian Weiss AKA @mrbianco.

What struck Marvin about the article was not just the quality of the clothes in the photos but the fact that unlike many of the articles on Sabukaru that focus on young brands, this article was about a brand that was almost 50 years old. Marvin became curious about the brand’s history and also the availability of under the radar and more affordable pieces on Vinted. Marvin’s first purchase was in fact an extremely rare 2013 multi-pocket flight jacket, bought off a man in his 50s on Vinted for €60.

What stood out for Marvin about the piece – and led him to continue to make further purchases where his teenage budget allowed – was the extraordinary tactility of garment-dyed nylon, (something he had never seen before) and the versatility of the C.P. Company style, meaning pieces can continue to be worn in many different ways over the years.

For his portrait Marvin chose to wear C.P. Company’s new Ba-tic garment dyed waxed cotton jackets, using the two models and colours available this season to develop two very different identities, mixing them with layers of vintage military, workwear and designer pieces he has collected over the last few years.

Author and teacher Riaz Khan hails from Leicester, England. An active Leicester FC fan since his youth in the early 1980s, Riaz has developed a national profile for his outspoken political views on multi-cultural life in the UK as well as his book, first published in 2012 and recently turned into an award-winning play, Memoirs of An Asian Casual. The book recounts Khan’s search for identity, integration, acceptance and comraderie through what is now considered Britain’s first truly multi-cultural football firm, the Baby Squad and, later, Acid House and raving cultures.

It was in fact fashion, specifically the UK Casual style, that first led Riaz to take an interest in football hooliganism. He still clearly remembers first seeing Casuals in Leicester in 1983. “In those days,” he says “there were punks and skinheads. To me every punk and skinhead looked the same. Their look was very conformist they all dressed the same way. And scruffy too! But when I first saw some Casuals walking down the street, I immediately thought they looked really smart and clean cut – good haircuts, golf sweaters, things like that – and with colours different to anything I’d seen before. And though they looked similar I felt like every casual had a unique twist to their style.”

Riaz has been wearing C.P. Company since 1988, when he first came across the brand. The attraction was obvious, he explains, there was the extraordinary colour – very important to Casual style – mixed together with something totally new.

Today, Riaz continues to wear the brand but in a slightly different way, mixing the old school with the new school, vintage Casual pieces with cropped fit corduroy trousers and new jacket or sweatshirt. His look, for his portrait taken by Neil Bedford, perfectly represents his contemporary style: a highly technical A.A.C. Metropolis jacket with cropped fit is worn together with a vintage 1990s C.P. sweatshirt, smart black jumbo cords and an adidas Spezial shoes