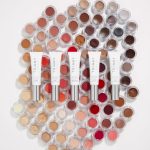 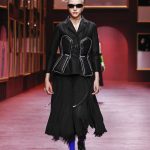 The first C.P. Company Magazine came to light in 1985, in a seasonal edition of 50 000 copies ca. Published in three languages: Italian, English and Japanese (which was read beginning from the last page) it was sold at newsstands for 3,500 lire or its foreign equivalent.

It was a bold idea – since newsagents at the time only sell newspapers and glossy magazines – but it had immediate success. C.P. Company Magazine was – unlike anything else in newsagents – formally it is a completely new object: for its large, long and narrow format; for the type of paper, opaque, cheap, making it look like a glossy colour magazine printed on newspaper by accident.

The idea of marketing material that needed to be purchased, rather than being distributed, freely gives the printed object, already handsome and prestigious, another added value.

That is why, after more than 35 years, C.P. Company decides to launch “Arcipelago” a bi-annual self-published magazine. It offers a voyage through the archipelago of cultures, landscapes, cityscapes, factories, tensions and histories that lie behind our society’s fascination with exceptional objects.

The name is the result of a long dialogue with many of the most important collaborators from over the 50 years of the brand’s history.

“Arcipelago seems to us to be the most appropriate metaphor for the ecosystem of elements that makes up C.P. Company our brand. The C.P. Company universe is an archipelago of small, fascinating islands of experimentation, design, and research, but also subcultures, tension points in society, factories, the legacy of 1970s and 80s Bologna and so on. These islands, like the islands of any archipelago, are in constant dialogue and relationships of exchange” states Lorenzo Osti, C.P. Company President.

The goal of this voyage, and of the ones to come in the next issues, is to allow brand’s friends and customers to further explore, enjoy and cultivate the aesthetic pleasure and comfort they find in our clothing by exploring the universe that lies behind the C.P. Company sensibility.

The launch of the first issue is set for February 28th, 2022. It will be distributed throughout Europe, Korea, Japan and US by NEP (exportpress.com). RRP 15€