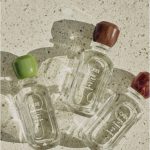 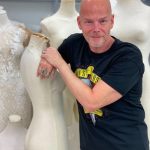 Byredo makeup launches in the Netherlands

When luxury fragrance house Byredo announced their expansion into cosmetics under the creative guidance of makeup powerhouse Isamaya Ffrench, we knew we were in for a treat. One year later, the makeup line is being brought to the Netherlands by Skins Cosmetics, luxury cosmetics boutique and operator of 14 stores in the Netherlands and Belgium.

The Byredo makeup line is comprised of lipstick, eyeshadow, eyeliner, mascara and multi-use colour sticks, all in a myriad of colours. The innovative packaging was designed by Byredo´s creative director, Ben Gorham, and spans from streamlined, gunmetal lipstick bullets to eyeshadow palettes that look like gilded oysters out of a far-away fantasyland.

The internet has been abuzz in the past year with the release of a collection of campaigns surrounding the makeup line, from a must-watch video depicting Isamaya Ffrench as a Syren,to a duo of dystopian office workers getting up-close-and-personal with a printer, to a haunting collaboration with WeTransfer where Ffrench transforms herself into different kinds of monsters. The makeup line offers a refreshing take on beauty, in an age where a new type of consumer has emerged, one with a craving for something new and unique.

"I’ve always wanted to redefine the approach to creating a makeup collection. I don’t want to tell people how to wear the cosmetics, I just want to inspire them," Ffrench says in the press release for the makeup line´s launch. "For example, some of our first products are simply sticks of color — colors that are universally beautiful and to be worn in whichever way you like. I wanted to create a sense of freedom in the way we approach using makeup but also in the way we communicate the products. BYREDO can be anything — that is what we are trying to establish.”

Byredo makeup is available at select Skins stores, and at http://skins.nl.

In conversation with Sharon Sever