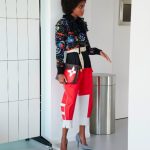 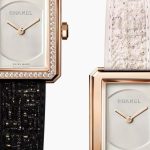 Since the house’s founding in 1884, the majestic beauty of Rome with its archaeological, artistic, and cultural heritage has provided Bvlgari, one of its most storied purveyors of luxury and style, with an inexhaustible source of inspiration. Bvlgari’s deep roots in Rome has yielded Bvlgari Roma: Travel Tales for Beauty Lovers, a one-of-a-kind guide to the Eternal City that cleverly connects the city’s landmarks with the timeless Bvlgari designs that they have inspired.

For example, the design of the iconic B-zero1 ring was inspired by the Colosseum, the ultimate symbol of the city, and likewise the recurrent octagonal geometries watch dial refers to the coffered ceiling of the Basilica of Maxentius. As editor and artistic director Jan Králiĉek states in the Preface, “You will understand how and why the curves of a building are mirrored in a necklace, and how the detail of a mythical painting unfolds into the story of an iconic bracelet or how the dyadic character of a building can be reflected in something as intimate and subtle as a ring. ”This portable volume takes the reader on an unprecedented historical, artistic, and emotional tour of the city. In addition to an actual guide to landmarks and monuments, the narration is enriched by short stories by some of the best-known Roman authors from the world of contemporary Italian literature, inspired by the most iconic locations in the city. The book is further enhanced by contributions from figures linked to the city by birth, by adoption, or by mere passionate attachment including renowned names from fashion, cinema, sport, and music like Anna Della Russo, Lily Aldridge, Ennio Morricone, Roberto Rossellini, Boy George, and Francesco Vezzoli. This unique book is for lovers of and visitors to Rome whose level of sophistication far exceeds the typical city guide. Bvlgari Roma: Travel Tales for Beauty Lovers will be coveted by the reader who loves Rome and is an aficionado of the Bvlgari style—two things inextricably linked.

About: Jan Králícek studied cultural anthropology and media at Charles University in Prague. He is now creative director of Vogue Czechoslovakia and fashion editor-at-large for Vogue Portugal and GQ Portugal. Costantino D’Orazio is an Art historian and curator at the Rome Municipality Cultural Heritage Department and the author of essays and novels on ancient and contemporary art. André Aciman is the New York Times bestselling author of Call Me by Your Name and Find Me as well as many other books, and essays. Aciman is the director of The Writers’ Institute, teaches Comparative Literature at the Graduate Center, CUNY and his work has appeared in The New Yorker, The New York Review of Books, The New York Times, The New Republic, Condé Nast Traveler and in many volumes of The Best American Essays. Teresa Ciabatti earned a degree in Modern Humanities from La Sapienza University in Rome. Her first novel, Adelmo, torna da me, was adapted into a film directed by Carlo Virzì in 2005. Her work has appeared in many literary magazines and anthologies, and she is a regular contributor to Corriere della Sera. Melania G. Mazzucco is the author numerous books which have been published in in twenty-seven countries and her work on the Venetian painter Tintoretto includes the novel La lunga attesa dell’angelo, the monumental biography Jacomo Tintoretto & i suoi figli. Storia di una famiglia veneziana, and the docufilm Tintoretto. She has written for cinema, theater, and the radio, and is a contributor to la Repubblica. Francesco Piccolo is the author of numerous books and he is a regular contributor to Corriere della Sera. He has also written many screenplays including the television serialization of the best-selling Elena Ferrante novel My Brilliant Friend.