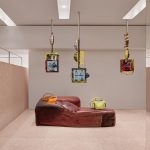 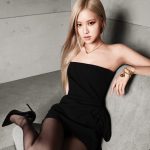 ‘It was important for me to explore what it means to belong, how our roots influence our identity and how the power of community and togetherness is what truly brings meaning to the world.

Therefore, I wanted this collection to convey that intensity of feeling and to celebrate not only coming together, but the city in which we come together today; the city in which Burberry grew and established a family. To me, London is a place of dreams, a capital building on its heritage and unified by its diverse community and an attitude of moving beyond boundaries – of pursuing limitless potential.

The collection embodies an intangible essence that is Britishness, a unique fusion of honouring the beauty of the past, whilst also remaining focussed on the future with thankfulness, hope and love.’ Riccardo Tisci, Chief Creative Officer

A celebration of British culture, the show explores the multiple perspectives and dualities that constitute British identity. Contrasting city with country, pageantry with punk, it explores the concept of Britishness not as a fixed idea, but as an attitude: forward-thinking, adventurous, embracing potential. Inspired by London – the brand’s creative and spiritual home for over 130 years – the show captures a British essence that Burberry continues to embody. A family to which the house belongs.

Building on the brand’s rich history and house codes, the womenswear and menswear collections offer a playful twist on tradition, a reconstruction of heritage. Contrasting elements of regalia with subcultural influences, classic British conventions and hallmarks of the house are explored in fresh iterations, fabrications and silhouettes. Filled with autumnal hues scattered with effervescent crystals inspired by evenings in the British countryside, the collections highlight revived icons from the Burberry archive, including the Equestrian Knight Design and oak leaf crest, as well as a revolutionary take on the classic trench.

Presented in the heart of the city at Central Hall Westminster, the collection was unveiled in a vast theatre, featuring a historic domed ceiling and a grand organ as its backdrop. Dressed in Burberry’s signature brown hue, the floor of the venue’s Great Hall was transformed into a resplendent private dining room. Commencing in darkness, the show opened with models descending the stairwells, weaving through the audience and onto illuminated high-top tables. Accompanied by a live performance from the London Contemporary Orchestra of works by Max Richter and Michael Nyman, the hearts of the audience were reflected in the voices of a one-hundred-person choir.

Jewellery with an Attitude, Tiffany’s newest hardware collection with Rosé from BLACKPINK