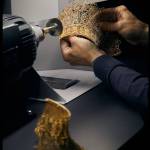 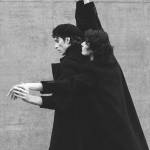 Jun Ji-hyun is Burberry’s first female ambassador in Korea. With such decorated works in filmography, her most notable projects, include Netflix zombie thriller Kingdom: Ashin from the North and Assassination – which was the highest-grossing Korean film of 2015, she was also awarded multiple prizes at the Grand Bell Awards and the grand prize for television at the Baeksang Art Awards.

‘It is a great honour to be announced as Burberry’s ambassador. Burberry is known as a brand with a rich history and traditions and aims to innovate in line with our ever-changing times, which is what I am trying to convey to the audience as an actor. The timeless elegance of Burberry inspires me greatly, I look forward to working closely with the time-honoured house and carefully collaborating together.’ – Jun Ji-hyun

• An embroidered jumpsuit in black wool, with a mini leather Frances bag

DIOR UNVEILS THE SAVOIR FAIRE OF THE D-RENAISSANCE