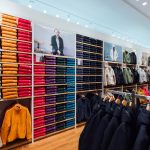 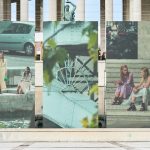 THE BRITISH TRIO RELEASE THE TITLE TRACK FROM THE ALBUM TODAY

London Grammar today announce the release of their highly anticipated third studio album Californian Soil, for February 12 2021 on Ministry Of Sound. The brand new single, from the album of the same name, is out today and marks a certain transformation for the band. The announcement also arrives as the first single to be taken from the forthcoming album, Baby It’s You, hits the Radio 1 A List, following its release last month.

Californian Soil is the irrefutably beautiful third record from London Grammar, whose success and longevity as a band has traced the British pop graph for over a decade. Over the years however, success was not all it was meant to be, namely for frontwoman Hannah Reid, who’s perpetual first hand experience of misogyny in the music industry weighed heavy. However, with the support of her two friends and fellow bandmates Dan Rothman and Dot Major, Hannah has found the power to become the leader she needed to be for this new iteration of London Grammar.

‘Misogyny is primitive,’ says frontwoman Hannah Reid, ‘which is why it is so hard to change. But it is also fearful. It’s about rejecting the thing in yourself which is vulnerable or feminine. Yet everybody has that thing.’

Reid continues, ‘This record is about gaining possession of my own life. You imagine success will be amazing. Then you see it from the inside and ask, why am I not controlling this thing? Why am I not allowed to be in control of it? And does that connect, in any way to being a woman? If so, how can I do that differently?

How Does It Feel

I Need The Night

Following its premiere as Annie Mac’s Hottest Record last month, the band released their return single Baby It’s You, arriving as the first piece of music the band released since their 2017 #1 selling album Truth Is A Beautiful Thing. The single, which is co-produced by George FitzGerald, received mass critical acclaim upon release and hit an impressive 40 plus New Music Friday’s across the globe. The single is currently playlisted on the Radio 1 A List. The band also performed the single and a stirring cover of The Weeknd’s Blinding Lights as part of Radio 1’s Live Lounge Month, last week.

Listen to the original version of Baby It’s You here.

Listen to the Kolsch version of Baby It’s You here.

The band will perform tonight on Later…With Jools Holland. The third time they have guested on the lauded BBC show.