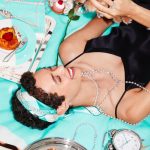 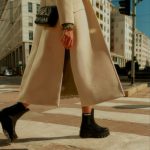 “Deadman Walking” follows up Brent Faiyaz’s explosive EP “Fuck The World” which has amassed over millions of global streams. Since emerging in 2014, Brent Faiyaz has projected the sultry voice of the streets. The Marylandnative has amassed 1+ billion streams, gold certification and various honors. He’s the rare maverick of this generation, he landed Top 200 with “FTW,” and #1 on Billboard R&B Charts.

You can listen to the tune here: https://www.youtube.com/watch?v=pBR01ndtids

Faiyaz has threaded together a dynamic and diverse piece in “Dead man Walking.” The single proves to be an amalgamation of Faiyaz’s introspective yet relatable lyrics and authentically crafted productions. Faiyaz’ subtle sound and complete vibratos carves him distinctly into a lane of his own with little need for reference. Instrumentally, an array of hypnotic drums and bass, heavy percussion and low synths back Faiyaz, who leaves just enough room for thought between each bar.

Now recognized for his impeccable mastery of hand-crafted melody, arrangement, harmonic depth and sultry vocal touch. As a contemporaryand multi-faceted artist Brent Faiyaz continually defies convention with hisconjuration of laid-back melodies and insidious infectiousness. Everyone from i-D and Rolling Stone to Nylon have touted his steady rise.