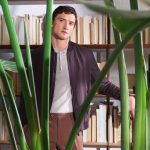 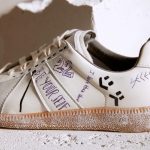 When the original Breitling Top Time was launched in the 1960's, it was a watch with a clear mission. Willy Breitling announced that his brand’s new watches were “particularly suited to the needs of the young and active professionals. We are designing a superb range of ultramodern chronographs, led by a completely new model, the Top Time.” The sports watch appealed to that demographic but also attracted young women, who were drawn to its bold new lines and its undeniable elegance. And now, Breitling is reintroducing the Top Time, a collectors’ favorite with one of the most recognizable dials in all of watchmaking.

More than half a century after introducing its Top Time watch, Breitling is launching an updated and upgraded model. Like the 1960's model that inspired it, the new Breitling Top Time has an unconventional design that makes a bold style statement. A first glance at the dial, which has long been known to collectors as the Zorro dial, makes it clear that this is a watch that doesn’t take itself too seriously. But that playful face doesn’t disguise the superb chronograph performance, which is pure Breitling.

Breitling CEO Georges Kern commented: “ When it was released more than 50 years ago, it was a watch that appealed to a younger audience committed to enjoying the freedom and the spirit of the 1960's, and, amazingly, after all this time, it continues to stand out. The Top Time is an important but often overlooked part of our heritage, and we know it’s going to resonate with men and women who love this blend of history, design, and great performance.”

Inside the Top Time’s 41-millimeter stainless-steel case is a Breitling Caliber 23 chronograph movement with a power reserve of approximately 48 hours. Its accuracy is confirmed by its status as a COSC-certi ed chronometer. The red hour and minute hands as well as the dot markers for each hour are coated with Super-LumiNova, a luminescent material that ensures legibility in all lighting conditions. Along with the central hour, minute, and chronograph second hands, the dial also features a decimal scale and two subdials – a small second counter at the 9 o’clock position and a 30-minute counter with unique red accents at 3 o’clock. The new Breitling Top Time’s modern retro look is perfectly complemented by its brown nubuck leather strap. This striking watch is limited to 2000 pieces, and its caseback is engraved with “ONE OF 2000.” One of the few features this new chronograph doesn’t have is a Geiger counter, unlike the Top Time handed to James Bond by Q in 1965’s Thunderball. The world’s favorite spy used the watch to avert a nuclear catastrophe by locating stolen missiles that had been hidden underwater. With 007, of course, style is always essen- tial, and owners of the new Breitling Top Time will have it in abundance. The Breitling Top Time Limited Edition will be the brand’s first watch offered with a blockchain-based digital passport, which confirms the authenticity and ownership of the watch with a single click. Owners can access the watch’s digital passport at any time and transfer ownership – if they choose to do so with a simple blockchain transaction. Offered in cooperation with Arianee, the digital passport will also complement Breitling’s innovative digital warranty program by offering the absolute security that can only be provided by a blockchain system. This cutting-edge technology, which makes it possible for customers to engage with the brand anonymously, allows Breitling to add new online services ranging from advanced clienteling to a revolutionary care program.

The Breitling Top Time is scheduled for launch on Breitling’s e-commerce channel in March 2020 and will be available upon request from the brand’s global retail network at a later date.

Adding to the excitement surrounding the release of the new Top Time, a highly regarded London based street artist is designing a mural featuring the familiar Zorro dial. It can be seen on the corner of Redchurch Street and Ebor Street in the trendy Shoreditch area of East London from March 25 until May 20, 2020. The new Breitling Top Time: it’s hard to imagine a better way to express your personal style than with a truly great chronograph that will never be confused with any other watch!