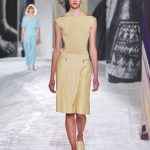 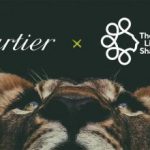 The Tradition line draws its inspiration directly from the caliber of the subscription watch created by Breguet at the end of the eighteenth century. This new model offers an open view of the movement with all its architectural shapes and shows not only the hours and minutes but retrograde date.

The Tradition collection actually takes its inspiration from one of the most significant piecesof Breguet’s history: the subscription watch. Purposefully simple and stripped-back, its fully visible movement unveils a perfectly symmetrical design. In the new Tradition 7597 model, it also features a retrograde date display, a complication that the watchmaker was one of the first to develop, and which it has bestowed on some of its most famous creations.

Adjusted in a fluted white gold 40 mm case, the 505Q self-winding caliber is equipped with a reverse in-line lever escapement with silicon horns, as well as a Breguet balance spring also in silicon. The gold rotor visible through the transparent caseback is reminiscent of that of the Perpetuelles, or first self-winding watches, further testimony to the ingenuity of the master watchmaker.

A perfectionist, concerned with both technology as well as aesthetics, Abraham-Louis Breguet designed a movement the modernity of which is still astonishing to this day. Crossing the centuries, his design is at the very root of the Tradition range: positioned in the center, the large barrel is topped by a symmetrically arranged gear train. As such, the center wheelat 8 o’clock triggers the oscillating mechanism of the same size at 4 o’clock. This is equippedwith the famous pare-chute invented by the master watchmaker, the ancestor of all today’santi-shock mechanisms, and signature element of the Tradition collection.

Another specific feature is the hour and minute dial that, eccentrically positioned at 12 o’clock and made of gold, is inspired by that of certain Breguet tact watches. As such, the new Tradition 7597 features an hours chapter with Roman numerals, bordered by a delicate engine-turned Clous de Paris pattern, which serves as a backdrop for blued Breguet hands.

In the interests of balance, a retrograde date section is positioned between the 3 o’clock and 9 o’clock and a skillfully curved hand indicates the date moving in the vertical plane, fitting in with the ultra-architectural movement. A patented mechanism provides for a fine adjustment of the date hand. The latter is multi-tiered, allowing it to fly over the movementcomponents. At 10 o’clock, a screw-in corrector allows users to set the date safely.

The subscription watch, a masterpiece of simplicity:

Abraham-Louis Breguet was one of the most talented watchmakers of all time, the architect of technology innovations adopted throughout the profession, such as the gong spring for repeating watches (1783) or the tourbillon (1801). But while he has created some of the most complicated timepieces there are, he is also known for creating the simplest piece.

After having spent two years in Switzerland at the height of the French Revolution, Abraham-Louis Breguet resumed the management of his Parisian workshop on Quai del’Horloge, on the Ile de la Cité, in the spring of 1795. His first step was to attract some new clientele. Therefore, he invented a watch that was both of the utmost simplicity and extremely reliable. He offered a subscription service for this. This would go on to be a spectacular commercial success. Today his creations can be admired at the Breguet Museum in Paris and various other European museums; subscription watch number 947, sold in 1802, is on display in the Louvre Museum.

Breguet used the caliber of the subscription watches to create the first tact watches, sometimes adding a little dial to them; this was the inspiration for the Tradition collection launched in 2005, which marked a return to this very typical architecture.

“The chronometer had been manufactured in Breguet’s workshops,to a level of perfection that goes without saying.”Jules Verne, Captain Antifer, 1894