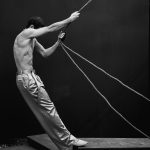 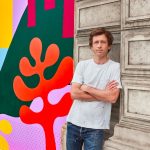 A symbol of elegance and technical precision, Breguet timepieces have been winning over powerful and famous admirers since the end of the eighteenth century.

Probably the first keen fan of Breguet, Queen Marie-Antoinette wore some of thewatchmaker’s most beautiful watches, such as the self-winding models, right from the beginning of her reign, and showcased their excellence to the courts of Europe. Breguet, it is said, created the famous no. 160 watch for her, the so-called “Marie-Antoinette”; it remained the most complicated watch in the history of watchmaking for a long time. In 2008, Breguet completed an identical reproduction of the once lost original design, which was found again in 2007. In another tribute to its distinguished ambassador, in 2008 as well, Breguet restored the Petit Trianon in Versailles that was so loved by the ruler – a patronage of exceptional scale. Reigns may come and go, but the infatuation with Breguet timepieces endures. They were acquired by several women from Napoléon Bonaparte’s entourage. His first wife, the Empress Joséphine, bought the no. 611 tact watch, which she later gave, inlaid with the letter “H” in diamonds, to her daughter Hortense, the Queen of Holland. His second wife, Marie- Louise of Austria, bought herself a little medallion watch. Upright and loyal, the sovereign exercised a particularly enlightened reign over Parma, with a strong interest in the status of women. Breguet timepieces also caught the attention of the Emperor’s sisters, including ElisaBonaparte, Grand Duchess of Tuscany. Armed with a keen intelligence and a passion for the best of the best, his youngest sister, Caroline Murat, Queen of Naples, commissioned a watch from Abraham-Louis Breguet that was highly original because it came on a bracelet. It was the first watch designed from the outset to be worn on the wrist.

In 1817, Breguet delivered a quarter-repeating watch, the no. 3023, to the Duchess of Wellington. The model is exhibited at the Louvre Museum and its elegant simplicity reflects the characteristic neoclassical style of the watchmaker. In the years from 1820 to 1830, several sovereigns bought Breguet timepieces, take for example Alexandra Feodorovna, Empress of Russia, or Maria Christina of the Two Sicilies, Queen of Spain. In 1831, the latter purchased a travel clock, characteristic of Breguet’s neo-classical creations. Victoria, Queen of England and Empress of India, whose reign lasted more than 60 years, features amongsome of the watchmaker’s most illustrious clients. In the twentieth century, Breguet’s designs were still in demand among countless famouswomen. One of them was Anna Gould, Duchess of Talleyrand, founder of rescue centers for the wounded in the First World War and a figure of prominence throughout Paris, who bought a silver neo-Gothic-style clock.

Today, a number of timepieces acquired by these rulers and famous personalities arepreserved in some of the world’s most acclaimed museums, including the Louvre Museum, the British Museum, several Swiss museums, and, of course, the Breguet Museum in Paris.