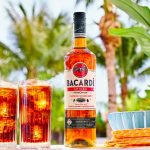 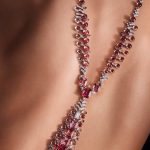 BRAVERY: A TRIP WITH AN EXCEPTIONAL DESTINATION

Created in honour of Louis Vuitton’s bicentenary, Bravery is a High Jewellery collection inspired by a powerful heritage.

Bravery was designed in honor of Louis Vuitton's 200th birthday. The High Jewelry collection is inspired by the powerful heritage of the House. Bravery is the ultimate expression of contemporary elegance driven by expert craftsmanship. The collection celebrates the history of the House of Gems to celebrate the legendary man's 200th birthday. Bravery expresses itself in 90 iconic designs that describe Louis Vuitton's extraordinary talent and journey. Born in the Jura in 1821, Louis Vuitton was still a teenager when he decided to seek his fortune in Paris. This entire journey through France, which he made on foot, inspired him to design suitcases. Louis' suitcases were immediately popular and opened a new path to modern luxury. The Bravery Haute Joaillerie Collection describes this unique epic in eight metaphorical themes: La Constellation d'Hercule; tribute to the starry sky at the birth of Louis Vuitton, on August 4, 1821 L'Elan Vital; represents the powerful character of Louis Vuitton that led him to leave his hometown of Jura for Paris L'Aventure; tribute to the 400 kilometer journey through forests that separate the Jura from Paris Parijs The Arrow; both a metaphor for Louis Vuitton's trajectory and a literal interpretation of Vuitton's V Le Myth; Louis Vuitton is the first to sign his suitcases and patent his famous canvas covering them ze La Passion; refers to the motif of the upholstered suitcase in the luggage, also one of Francesca Amfitheatrof's signature models Le Tumbler; invented in 1890 by Louis Vuitton, the Tumbler lock or the unbreakable lock, first serves as the inspiration for a piece of Haute Joaillerie La Star du Nord; represents the metaphorical figure of the "lucky star", the light that guided Louis Vuitton throughout his life “I was surprised that a fashion house like Louis Vuitton was created through the sheer courage of one young man”, Francesca Amfitheatrof, Louis Vuitton's Artistic Director for Watches and Jewellery. ''Driven by his curiosity about the world, he embarked on that incredible journey across France. That's why we have named this collection Bravery. It's not a word often used in High Jewellery! Yet these notions of determination and adventure are intrinsic to Louis Vuitton, and we wanted to express them through this collection.”