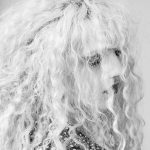 Art Exhibition Things to do

THE BOTANICAL REVOLUTION FROM 11TH OF SEPTEMBER IN CENTRAAL MUSEUM UTRECHT

In a new exhibition, contemporary art explores the garden as a metaphor for the world today, in dialogue with modern art and old masters.

Saturday 11 September 2021 marks the opening of The Botanical Revolution – On the Necessity of Art and Gardening in Centraal Museum Utrecht. Contemporary artists reflect on society using the garden as a metaphor. What can gardens tell us about the times we live in? In addition to art works by Maria Thereza Alves, Sara Sejin Chang, Jeremy Deller, Stan Douglas, Lungiswa Gqunta, Kerry James Marshall, Henk Wildschut and others, the exhibition includes some outstanding loan pieces by both modern artists and old masters such as Vincent van Gogh, Tetsumi Kudo, Albrecht Dürer and Maria Sibylla Merian. These modern and old art works reveal the deep roots of a tradition that explores the garden as a mirror of society. The Botanical Revolutionis on display until 9 January 2022.

The exhibition opens with one of the best-known gardens of all: paradise. The Garden of Eden has been a popular theme for western artists throughout the centuries. In the Biblical story, the garden is portrayed as a lush and idyllic environment. Here Adam and Eve live in harmony with each other, the world and nature. There is a rich tradition of images depicting this theme, of which a number of examples are shown in this room.

Among the art works are 16th-century prints and engravings: Adam and Eve by Albrecht Dürer and Hendrick Goltzius. These older works rub shoulders with contemporary paintings by for instance Kerry James Marshall. Vignette (2003) shows two naked black figures running past a dense, overgrown field. Also on show is a Persian paradise carpet of more than 100 years old, and the Tree trunk bench (1999) by Droog design studio, based on 17th-century landscape gardens.

As the industrial revolution took hold over the course of the 19th century, allotment gardens were provided to the city’s labourers. Gardening was seen as a useful activity that benefits the body and mind. In today’s hectic urban lives, and certainly during the current pandemic as well, the garden remains an important refuge: a place to wind down and to enjoy another rhythm of life. At the same time, the garden stimulates us to critically reflect on ecosystems and their inhabitants.

In the second room, the visitor encounters work by Vincent van Gogh (Vegetable gardens in Montmarte, 1887) combined with the photographs that Elspeth Diederix made of her Miracle Gardenin Amsterdam: a project nominated this year for the Amsterdam Prize for the Arts.

Outside the museum gallery, Vanishing Staircaseconnects to the same theme. Here, Birthe Leemeijer encourages native plants to grow on an outdoor staircase. The project recently made the news when a municipal parks worker inadvertently burned away the young plants. The art work is now being restored, and new vegetation is emerging.

A garden is like a mirror of society: a place that embodies the relationship between nature and culture. The development of botany as a scientific discipline went hand in hand with an overall categorisation of the natural world. In the 18th century, this classification resulted in a hierarchy of nature, in which humankind ranks highest. Today we are starting to talk and think differently about the complex relations between different forms of life. Humans are viewed more emphatically as a part of nature, and there is an increasing focus on the intelligence of for instance plant life.

The third exhibition room displays still-lifes by Roelant Saverij and Johannes Bosschaert, depicting both native and exotic flowers. This theme, too, extends beyond the museum walls: in the museum garden, the Japanese artist Rumiko Hagiwara has placed signs by wild plants displaying the definition of the weeds. It is a simple intervention that demonstrates the consequences of the categories we use to divide up the world for our own understanding. This work resonates with the project presented on Nicolaaskerkhof, in front of the museum, where a real garden was created by Maria Thereza Alves. Titled Seeds of Change(2004), this work is about the soil that old sailing ships used as ballast, which was usually dumped again after arriving home. This soil often contained a wide variety of ungerminated seeds. By examining the plants now found in these port cities, Alves was able to reconstruct the trans-Atlantic slave trade.

GARDENING IN THE ANTHROPOCENE:

In 1972, visual artist Tetsumi Kudo wrote a manifesto titled Pollution-Cultivation-New Ecology, in which he called for a new relationship between nature, mankind and technology. In this visionary manifesto he describes how mankind is depleting the earth’s natural resources. Kudo’s vision is more relevant today than ever. The notion of the Anthropocene is becoming increasingly widespread to refer to the current era in which mankind completely dominates nature, with all due consequences. In this room, the grim situation of the global climate crisis goes hand in hand with signs of hope.

In this room Kudo’s GraftedGarden(1971) is presented a garden consisting of plastic flowers and body parts ‘grafted’ onto aluminium poles. Also on view here is the photo series Rooted, for which Henk Wildschut photographs the improvised gardens created by people living in refugee camps. In such a bleak situation, gardening still offers some comfort. The transit hall presents Lawnby the South African artist Lungiswa Gqunta, which has been purchased by Centraal Museum. Her lawn consists of broken Coke bottles, and depicts the garden as a place of privilege in South Africa.

Laurie Cluitmans, curator of contemporary art: “The garden is once again a hugely relevant theme. In an era of climate change, contemporary artists are turning to the garden, finding hope in nature’s resilience. But they are also calling for a botanical revolution, to radically redefine man’s relationship to nature.”

The exhibition design, created by design agency Formafantasma, is also inspired by gardens. The rooms are built using a modular system of walls that can be disassembled and reused in another context. The modular system is reminiscent of Japanese Zen gardens, causing the art works to gradually appear in and out of view as the visitor strolls around.

On the Necessity of Gardening; An ABC on Art, Botany and Cultivation:

In addition to an exhibition booklet, a lavishly illustrated book will be published in collaboration with Valiz. This ‘abecedarium’ explores the cultural-historical tradition of gardens and artist’s gardens, as well as concepts such as the Anthropocene. With contributions by Maria Barnas, Jonny Bruce, Laurie Cluitmans, Liesbeth M. Helmus, Erik de Jong, René de Kam, Alhena Katsof, Jamaica Kincaid, Bart Rutten, Catriona Sandilands and Patricia de Vries. The publication design is by Bart de Baets.

Is it possible to be a revolutionary and like flowers?A Contemporary Floriography:

Laurie Cluitmans, curator of contemporary art at Centraal Museum and responsible for The Botanical Revolution, has worked with Heske ten Cate, artistic director of Nest and Eva Burgering, assistant curator at Centraal Museum, to compile the exhibition Is it possible to be a revolutionary and like flowers?This exhibition will be presented simultaneously in art platform Nest in The Hague. The artists represented in this exhibition respond to the question asked in the title with a resounding ‘yes!’ Each artist adopts and explores his or her own perspective, but they find common ground in feminist affinities, queer longings, and ecological solidarity.

In conversation with Izzy Camina