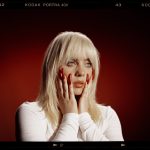 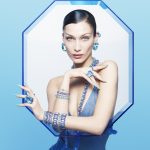 BigCityBeats WORLD CLUB DOME, one of Europe’s biggest electronic music festivals, completes its already-huge line-up this week for its long awaited return, turning the Deutsche Bank Park into the biggest club in the world from June 3-5.
Dutch house hero Nicky Romero joins fresh off the success of his festival-ready new single ‘Lose My Mind’ while Indian-American star KSHMR brings his diverse house sounds drawing on influences from everything from psy trance to Asian music to hip-hop.

These talented headliners join a world-beating line-up that features everyone from David Guetta to Honey Dijon, Deadmau5 to Sven Väth, Steve Aoki to Loco Dice, Angerfist to Infected Mushroom and so many other names across the electronic music spectrum, representing everything from house to hardstyle, techno, trance, progressive, psy trance and beyond. Drawing over 180,000 attendees over its three days and myriad arenas, it is one of the most popular and musically diverse dance music festivals in the world.

The event is back with a bang this year following its two-year hiatus, and returns with a mindblowing Sin City theme that will transform the Deutsche Bank Park in the heart of Frankfurt into a Vegas-style pleasure palace. Sports fields become helicopter landing pads, flying in the biggest DJs on the planet, a wedding cathedral will host epic ceremonies with tens of thousands of guests, and the world’s longest red carpet which will become a walk of fame for visitors and artists. With 25 different stages, including the techno-infused WCD Pool Sessions, and two all-star main stages with one impressive stage set in the middle of the stadium, the event will give fans a huge choice of world-class acts to enjoy.

WORLD CLUB DOME is the creation of BigCityBeats, the long-running German label, radio show, event and merch company that has been at the heart of the country’s dance scene for nearly two decades. Having grown from small beginnings to create one of the world’s biggest festivals, they have come a long way with a burning passion for music always at their heart. Bringing the sound of the metropolises to their visitors, BigCityBeats CEO and WORLD CLUB DOME founder Bernd Breiter continues to channel the idea of club music into the electronic music festival, adding genres such as hip-hop and pop to the event’s line-up. One thing is certain; the return of “the biggest club in the world” should not be missed!